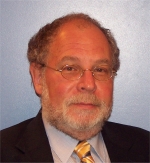 When the U.N.’s IPCC released the WG-1 AR5 report, we were proud to see the breadth of research by AER scientists cited in the report. It’s an indication that AER scientists have helped advance the scientific discourse about the Earth’s climate by providing research covering a broad range of topics from the ocean depths to the top of the atmosphere.

15 peer-reviewed publications by AER scientists were cited in 7 of the 14 chapters in the WG-1 AR5 report and cover a broad range of topics from the ocean depths to the top of the atmosphere.

Many of the global models that provided simulations of future climate for the WG-1 AR5 report use an AER-developed computer code to calculate accurately the radiative impact of greenhouse gases and other atmospheric constituents.

“For more than two decades, the atmospheric community has relied on AER scientists for expertise in the field of radiative transfer including the impact of increased greenhouse gases,” said Robert Morris, Ph.D., AER vice president of Research and Development.

The cited research studies were sponsored by a broad cross section of federal agencies, including the National Science Foundation, NASA, and the Office of Naval Research. The audience for AER's scientific environmental expertise includes academic and government communities who look to AER for authoritative analysis of environmental trends past, present and future.

In addition to research, contributions by AER staff included peer review of portions of the IPCC WG1 AR5 report.