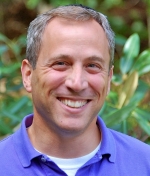 Justin Jones and I spoke at the AMS annual conference in Austin Texas, as well as many others from AER. Justin presented on tropospheric precursors and stratospheric warmings while I argued that predictability of the winter forecast based on the scientific current state of knowledge is limited to October.

Besides the material relevant to winter forecast predictability, I also presented at the end of my talk AER’s new operational product the 30-day stratospheric polar vortex forecast. This product predicts the phase and magnitude of the zonal wind at 10hPa, as a proxy for the strength of the polar vortex.

AER’s model correctly predicted to the day when a wind reversal would occur in the polar vortex, i.e. when the winds reverse from westerly to easterly. This is a dramatic event in the stratosphere and is accompanied by sharp warming in the polar region. Why is this significant? It is because it often precedes by one to two weeks an extended period of a negative Arctic Oscillation, which is associated with severe winter weather across the Northern Hemisphere.

The ability to predict weather events on the 30-day time scale is considered by many the holy grail of weather forecasting. I am not aware of anyone else that has demonstrated predictability of weather events a month in advance. So even though the model is not perfect, the correct forecast of a major stratospheric warming a month in advance is an impressive and potentially important advance in weather forecasting; but obviously much more testing is required. This was an AER Climate Analysis group effort but Justin Jones in particular deserves much credit.

I spoke on sea ice on the last day of the conference. As mentioned in a previous blog post, sea ice is hot and I wanted to share thoughts on whether the rapid decline in sea ice is contributing to more severe winters across the Northern Hemisphere.

I enjoyed my time in Austin, especially when the weather was sunny and pleasant. This was my first trip to Austin and I will be returning for a second trip in two months time as I have been invited as a guest lecturer at the University of Texas.