An unusually cold air mass for early September combined with a slow moving upper low led to some major weather changes and relief from drought in parts of the central U.S., including across the western Corn Belt (Figure 1). Changes were exceptionally significant across the High Plains. Rapid City, SD went from 102°F last Sunday to measurable snow within 48 hours. Denver, CO went from highs in the 90’s on Labor Day to snow on Tuesday. Many locations from the Texas panhandle northeastward into the Western Corn Belt went from the 90’s on Sunday to afternoon temperatures in the upper 40’s on Tuesday. Many cities set record low maximum temperatures last Tuesday and Wednesday, including in Amarillo, TX where the high of 42°F last Wednesday was cooler than the previous record low minimum temperature. Just a nice reminder that even in a warming climate, temperatures can still be on the extreme cold side on occasion.

Figure 2 shows that most places in that same area also received more than an inch of rain, with rainfall in excess of 4” in parts of eastern Iowa and western Illinois. Much of the drought that had been developing in this area has been eradicated and SMI values are now indicative of a need for a stretch of dry weather. Further to the west in Iowa and eastern Nebraska, significant rainfall fell for the first time in several weeks and the SMI did improve somewhat. However, the seasonal and even the 30-day precipitation deficits are still large in this area and this modest increase in soil moisture should not be viewed as anything more than a modest improvement. The rainfall also didn’t make much of a change in the ESI (Fig. 3), VegDRI (Fig. 4), QuickDRI (Fig. 5), another indication the drought is still ongoing.

Much of that area is still in drought and several more rounds of rain will be needed to end the drought and the rain that did fall likely was too late to make a difference in the crops. Significant rainfall is certainly not happening this week and the climatological window of time for decent moisture to bring more relief in the Western Corn Belt will be slowly closing as we move through October into November. So now may be a good time to start preparing for the possibility of drought lingering into next season and what that may mean.

Much of the west remains very dry with SMI values in the Pacific Northwest generally below -3.0. Record acreage of land has burned in Oregon and California seems likely to break their relatively new record as well. Note that the higher SMI values in California are reflective of marginally better than average soil moisture, which in early September honestly doesn’t mean anything. The maroon values on the QuickDRI map are new to me and am not sure if that could possibly be representative of fire scars.

The southern U.S. is generally quite moist and the area in southern Alabama and Georgia with negative SMI values will likely get more than enough moisture from Hurricane Sally this week. Further to the north, conditions remain dry across the northeast, though QuickDRI and VegDRI don’t indicate severe water stress at this time. 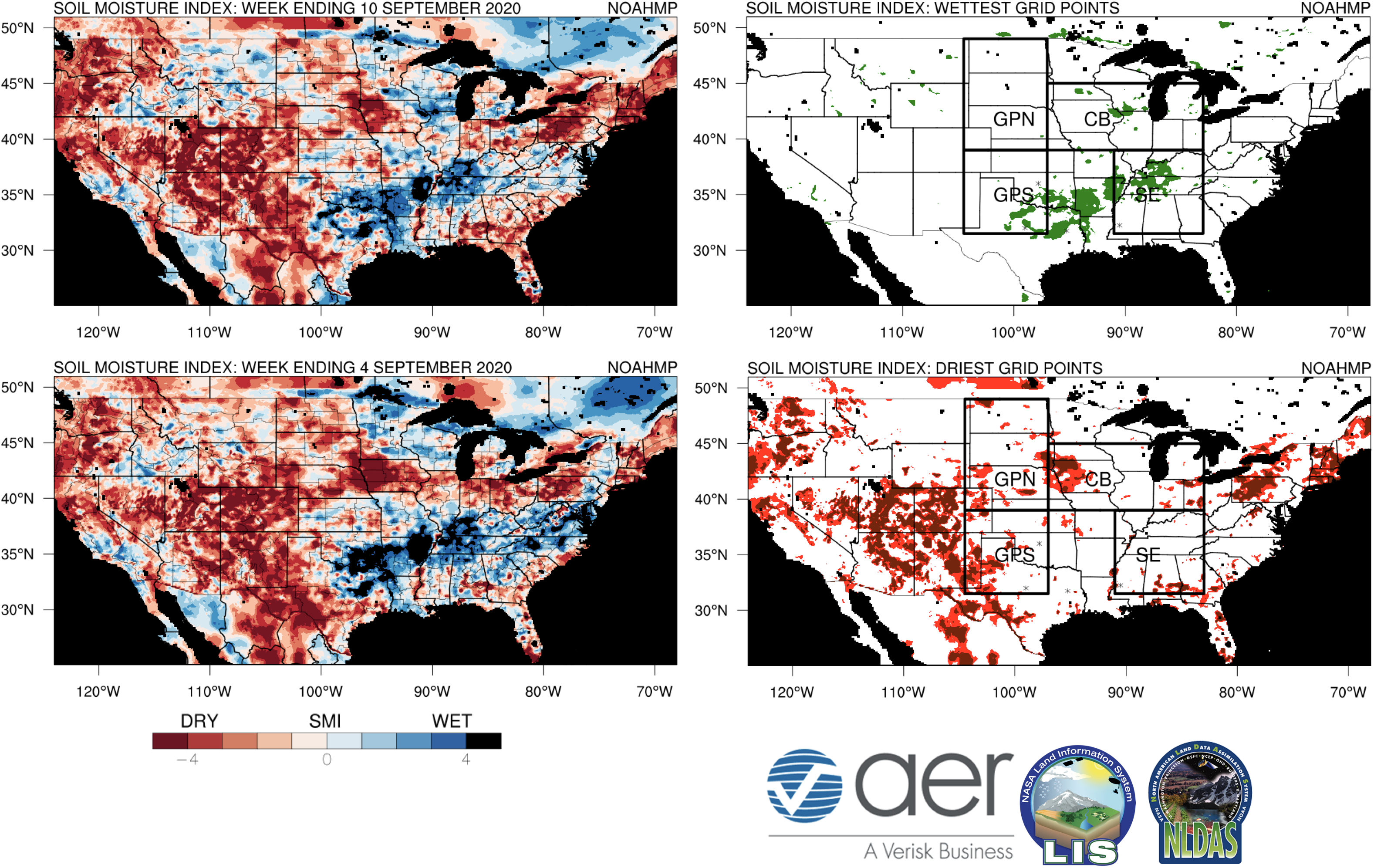 Figure 1. The Soil Moisture Index (SMI) for the 7-day period ending 10 September 2020 (top left) and 4 September 2020 (bottom left). On the right hand side are the grid points where the SMI is at or above 3.0 (top right, green) and grid points where the SMI is at or below 3.0 (bottom right, red).  Results are based on output from the 0-1 m (surface to 3.23 feet) layers in the Noah-Multiparameterization (Noah-MP) land surface model. Noah-MP is run in the NASA Land Information System (LIS) framework with the North American Land Data Assimilation Version 2 (NLDAS-2) forcing dataset. The SMI calculation is based on the soil moisture index created in Hunt et al. (2009) such that ‘5’(dark green) is the wettest and ‘-5’ (dark red) the driest for the period of record.  The period of record used calculate the SMI for the current map is 1979-present. 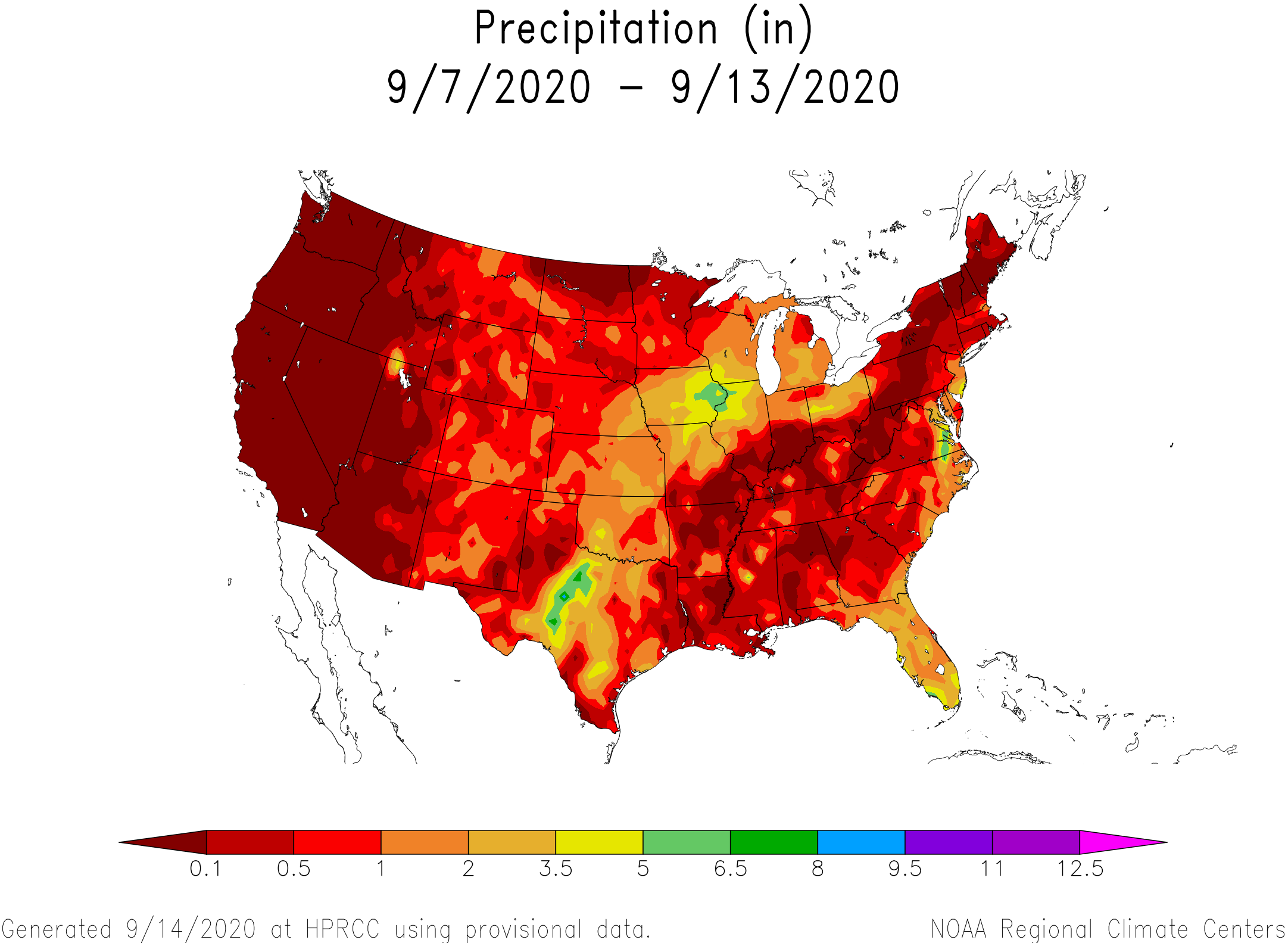 Figure 2. Total precipitation over the past 7 days (through Sunday 13 September).  Map courtesy of the High Plains Regional Climate Center. 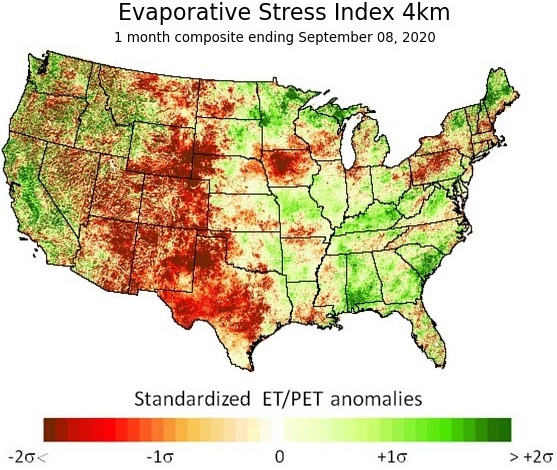 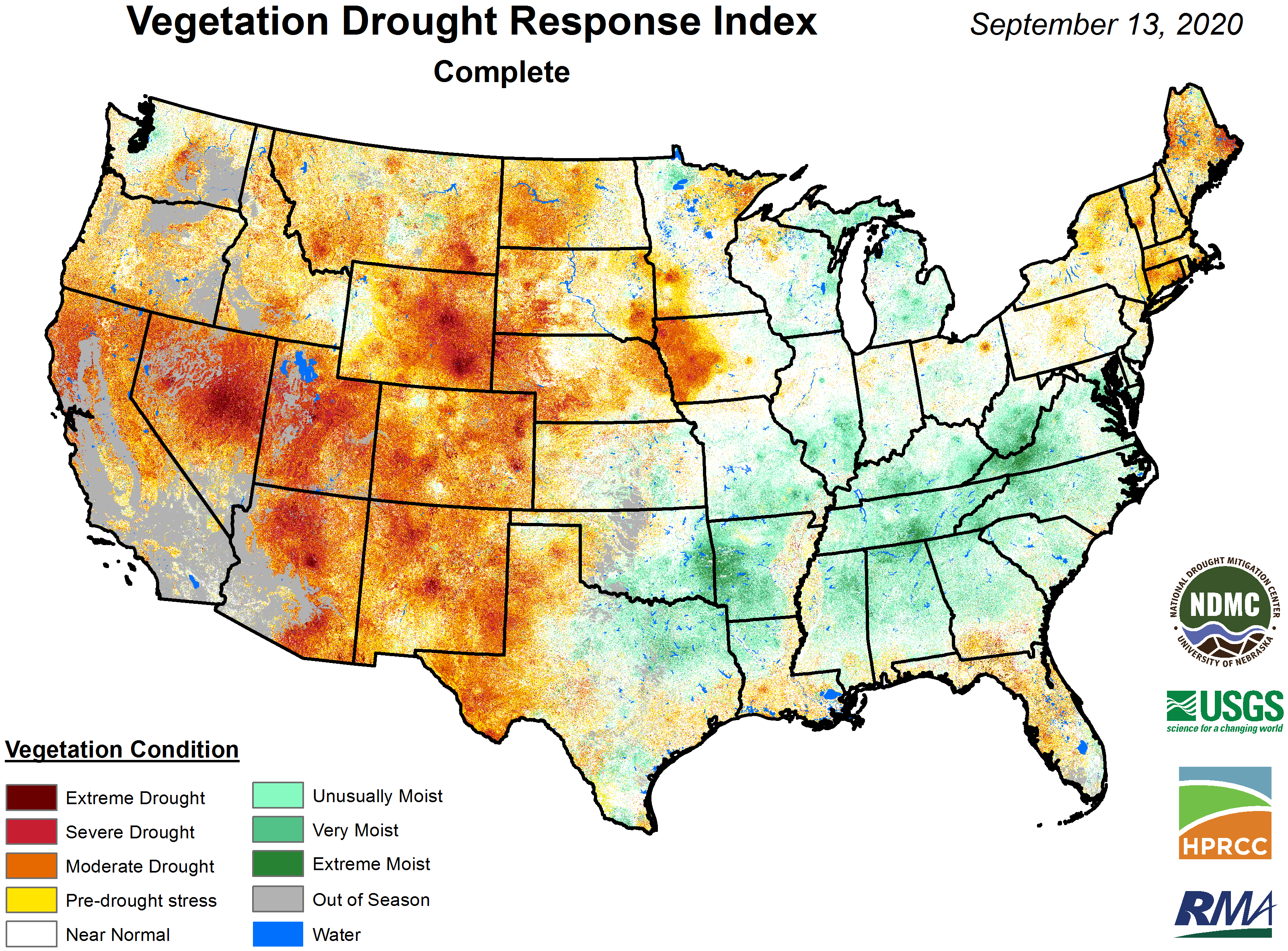 Figure 4. The Vegetation Drought Response Index over croplands in the U.S. Map courtesy of the University of Nebraska-Lincoln. Additional information can be found here. 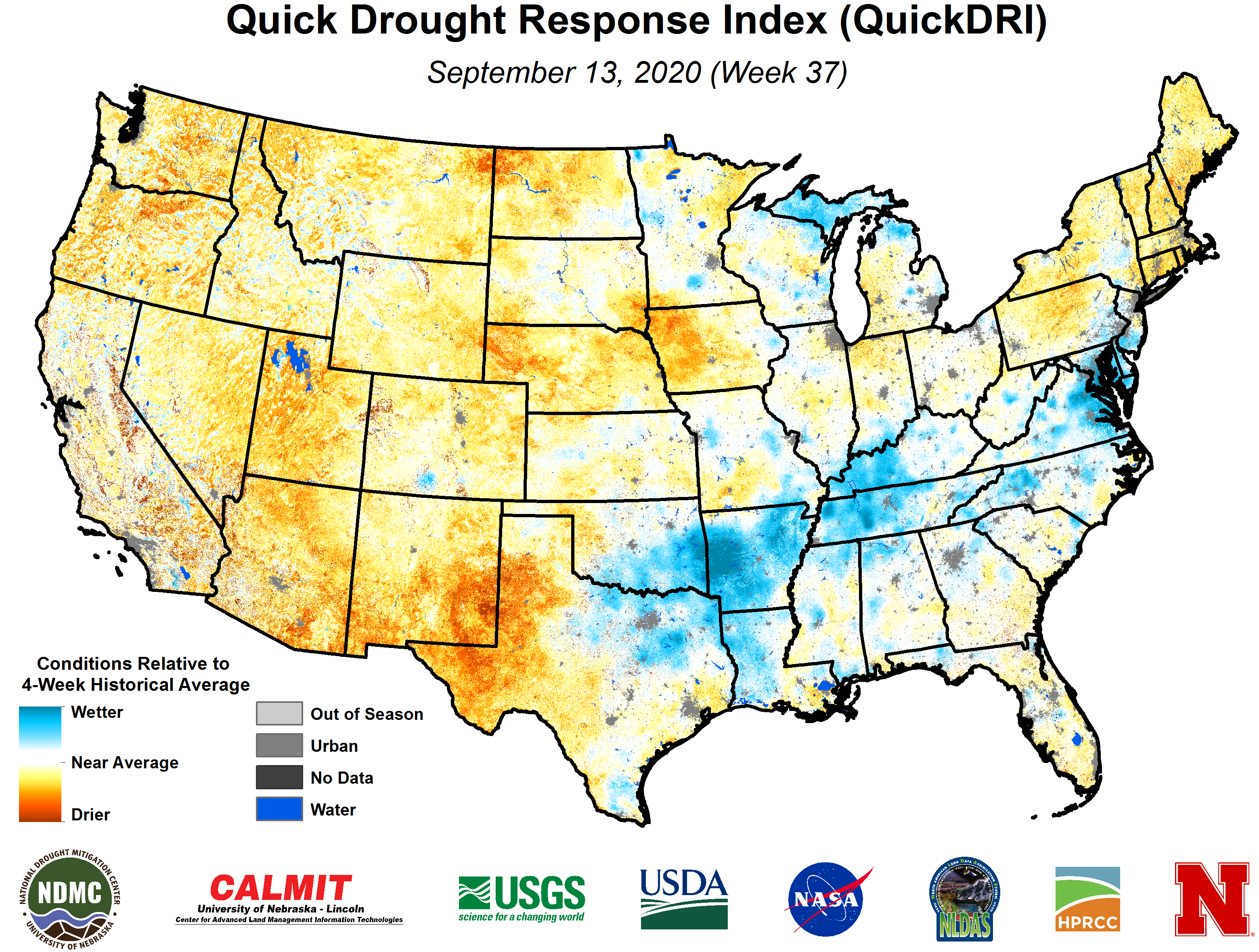 Figure 5. The Quick Drought Response Index courtesy of the University of Nebraska-Lincoln. Additional information can be found here.