During the 2021 growing season, Dr. Eric Hunt of Atmospheric and Environmental Research, Inc. will be providing weekly updates of the soil moisture index (SMI) from the Noah-MP version 3.6 land surface model in the NASA LIS framework for the entire U.S. and regional analysis of the SMI over the four regions of U.S. where the majority of corn, soybean, wheat, and cotton production occurs. Additionally, soil moisture index maps of South American and western Russia are provided at the end of the blog. The analysis is intended to provide the larger agricultural and meteorological communities insight as to areas where soil moisture is excessive or deficient compared to average for that location and what that may mean for impacts. It is my goal that these maps can be an early warning signal for flash drought development or where flash flooding could be likely in the coming week if heavy precipitation materializes. Please be advised that the SMI should be viewed as complementary, not a substitute, to the U.S. Drought Monitor (USDM) and that declarations of drought or flash flood potential for a particular location should never be based on the SMI alone. The Evaporative Stress Index (ESI) and VegDRI will included in our analysis a bit later this season. Various other maps that help give insight into current conditions across the U.S will also be shown as needed.

Much of the lower 48 of the U.S. had below average soil moisture according to the soil moisture index (SMI) from the Noah-MP land surface model (Fig. 1) as of last Thursday. The driest areas continue to be the southwestern U.S., North Dakota, and the eastern Great Lakes region (Fig. 2), with SMI values below 0 across much of Georgia and South Carolina and the Pacific Northwest. Almost 70 percent of the grid points in the domain have an SMI below 0.0 currently, an increase of over 20 percent compared to a year ago, when 48 percent of grid points did.

Figure 3a shows that most of the U.S. hasn’t had a significant change in the model volumetric water content of the root zone (top 1 m in the model) over the past thirty days, with the decline in Nebraska and northern Kansas a reflection of how wet soils were a month ago after near-record precipitation for March. The next two figures show good news and bad news. The good news is that most of the U.S. has more soil moisture in an absolute sense compared to mid-October of 2020 (Fig. 3b). Unfortunately, most of the U.S. has less soil moisture going into the heart of the growing season than a year ago at this time (Fig. 3c) and in the case of the Dakotas and southwestern U.S., significantly so. While the climatological wettest time of year is still ahead in North Dakota and eastern Montana, the southwestern U.S. may have to hope for a robust monsoon to develop this summer to help alleviate extreme drought conditions (Fig. 4).

Most of the Highway 34 corridor from Nebraska into eastern Iowa and western Illinois has abnormally wet soils. Meanwhile most of the rest of the Corn Belt has soils that are a bit dry for the time of year, though only a few spots are truly short at this time. One of those areas is north central and parts of northeast Iowa. If recent ECMWF model runs verify, some of the shortness in the eastern Corn Belt will be alleviated. But the biggest issue in the region currently is the abnormally cool weather (currently snowing here in Lincoln, NE for example) that will keep soil temperatures too cold for planting for most places over the coming week. I’m cautiously optimistic field work can commence in the western Corn Belt early next week, less so in the eastern Corn Belt. Another concern for the current cold snap is the effect on the winter wheat in Kansas and Oklahoma. 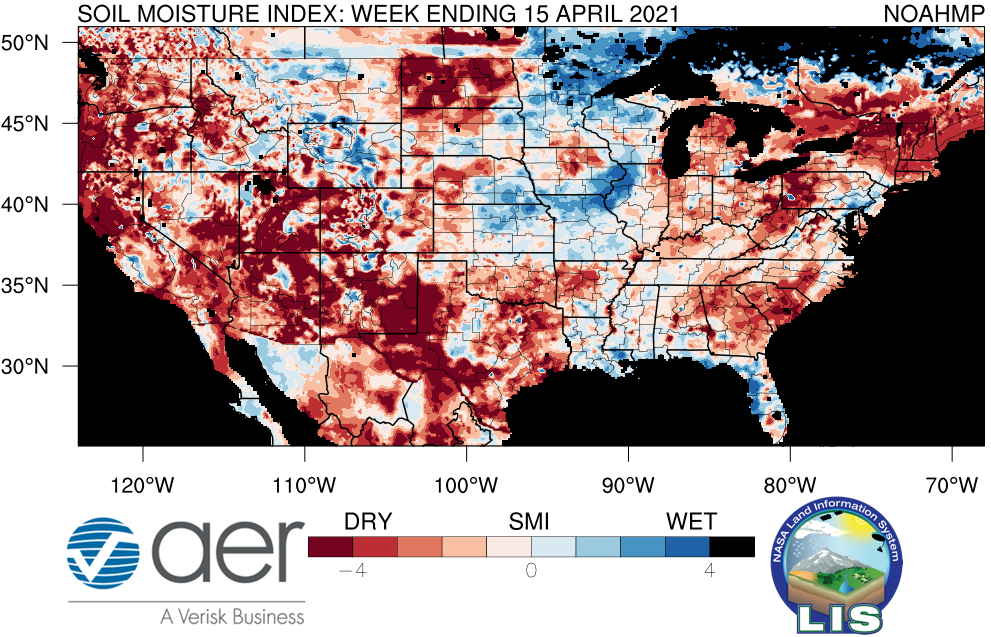 Figure 1. The Soil Moisture Index (SMI) for the 7-day period ending 15 April 2021. Results are based on output from the 0-1 m (surface to 3.23 feet) layers in the Noah-Multiparameterization (Noah-MP) land surface model. Noah-MP is run in the NASA Land Information System (LIS) framework with the North American Land Data Assimilation Version 2 (NLDAS-2) forcing dataset. The SMI calculation is based on the soil moisture index created in Hunt et al. (2009) such that ‘5’(dark blue) is the wettest and ‘-5’ (dark red) the driest for the period of record.  The period of record used calculate the SMI for the current map is 1979-present. 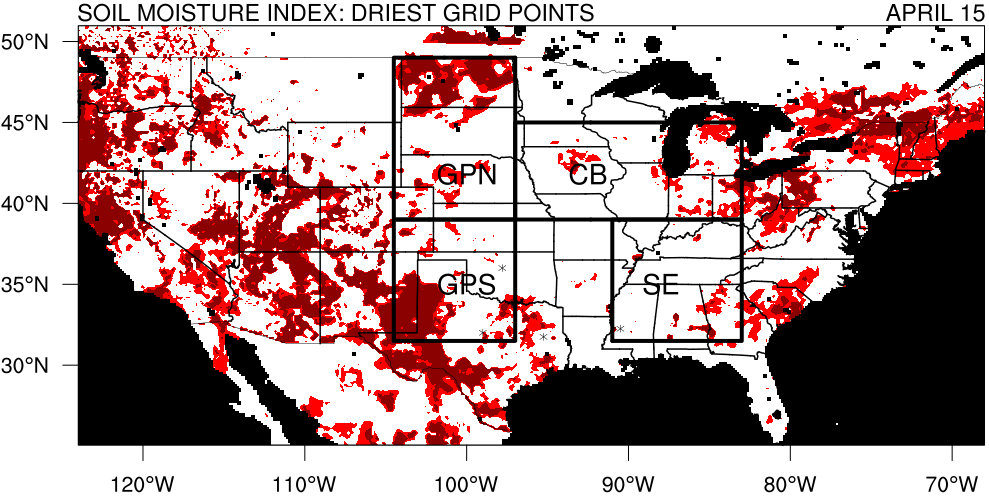 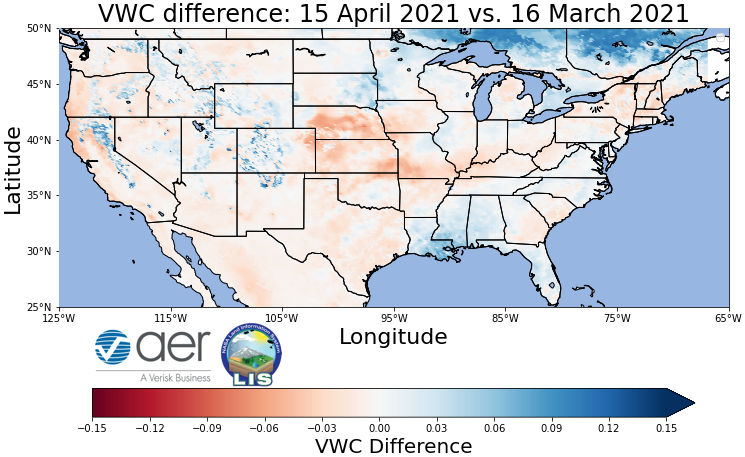 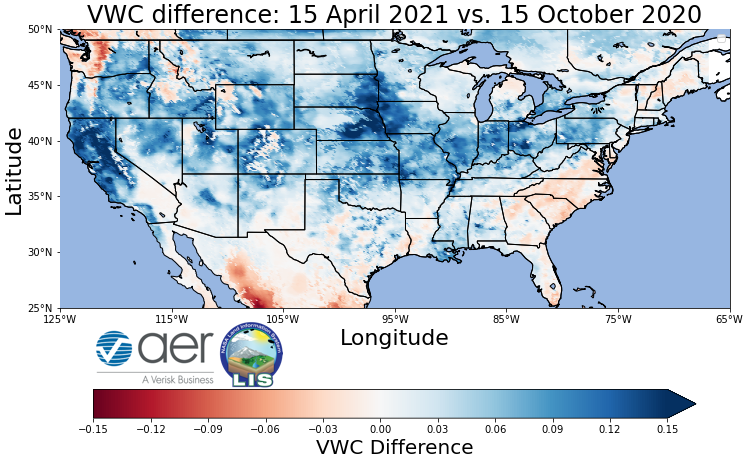 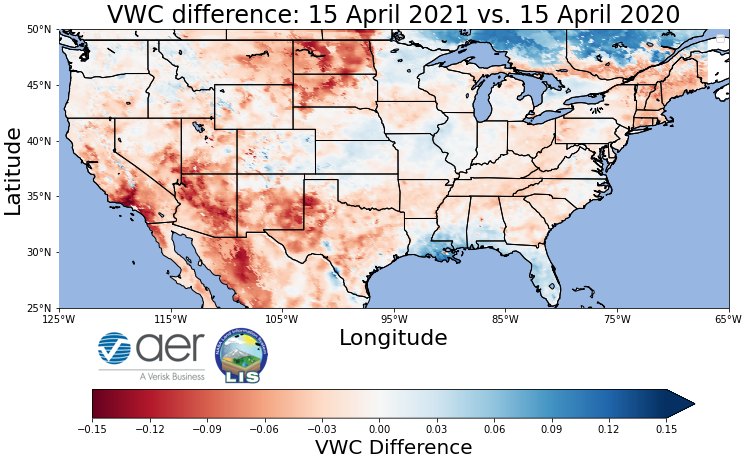 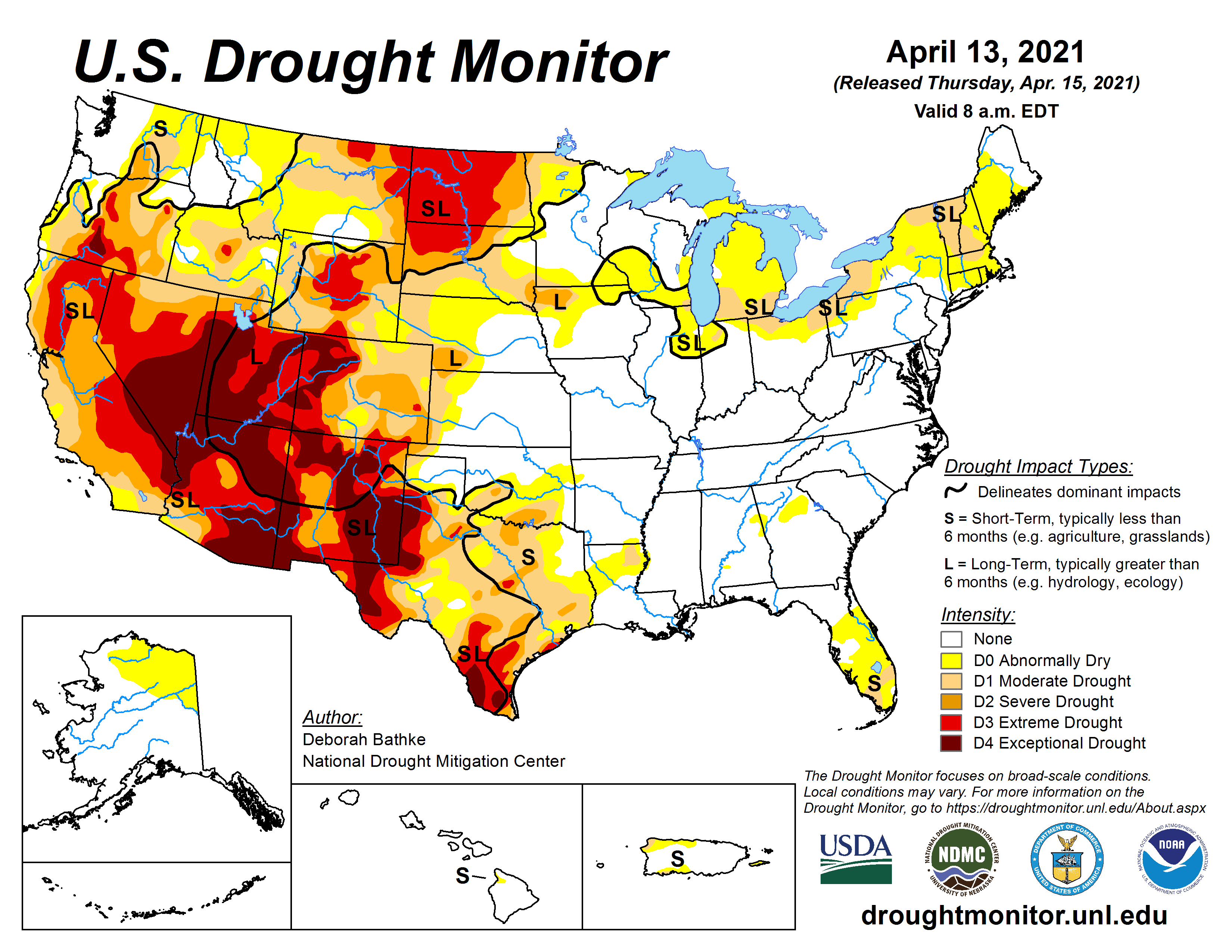 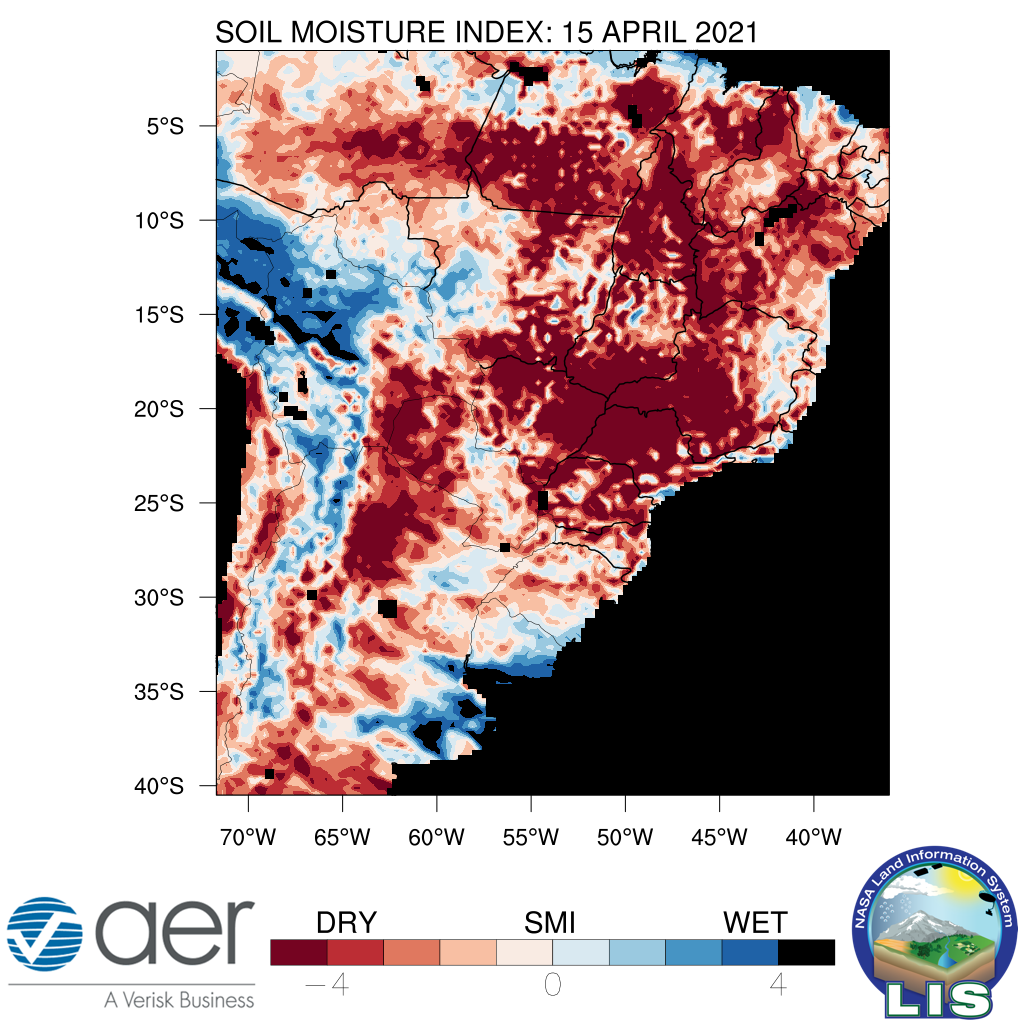 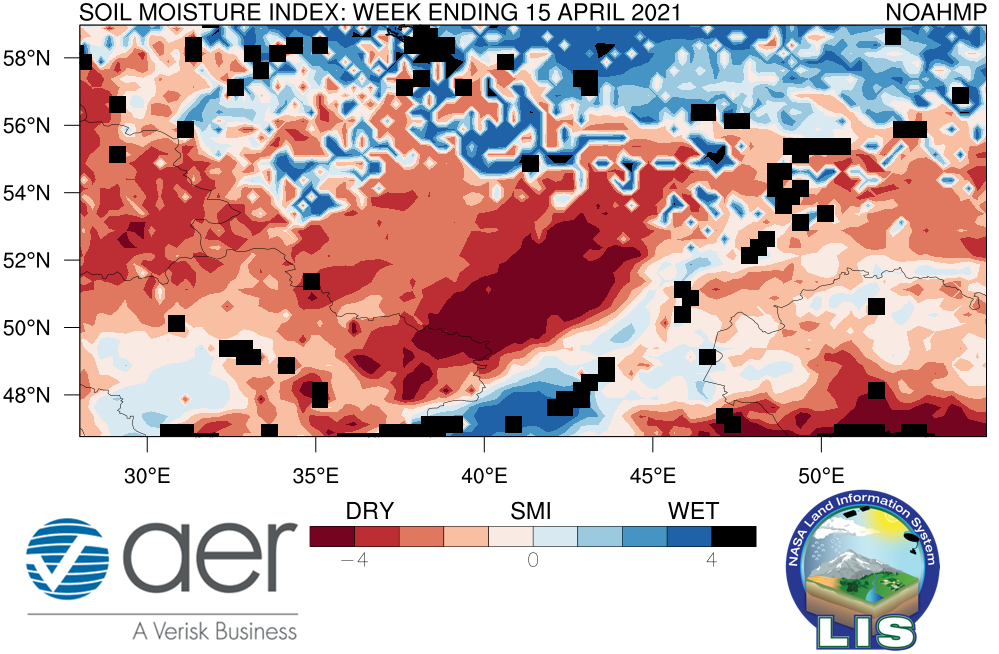