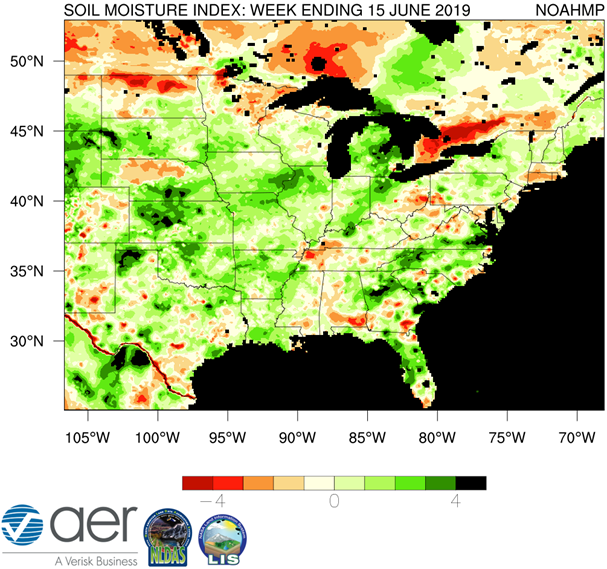 Figure 1. The Soil Moisture Index (SMI) for the 7-day period ending 15 June 2019. Results are based on output from the 0-1 m (surface to 3.23 feet) layers in the Noah-Multiparameterization (Noah-MP) land surface model. Noah-MP is run in the NASA Land Information System (LIS) framework with the North American Land Data Assimilation Version 2 (NLDAS-2) forcing dataset. The SMI calculation is based on the soil moisture index created in Hunt et al. (2009) such that ‘5’(dark green) is the wettest and ‘-5’ (dark red) the driest for the period of record.  The period of record used calculate the SMI for the current map is 1979-present. 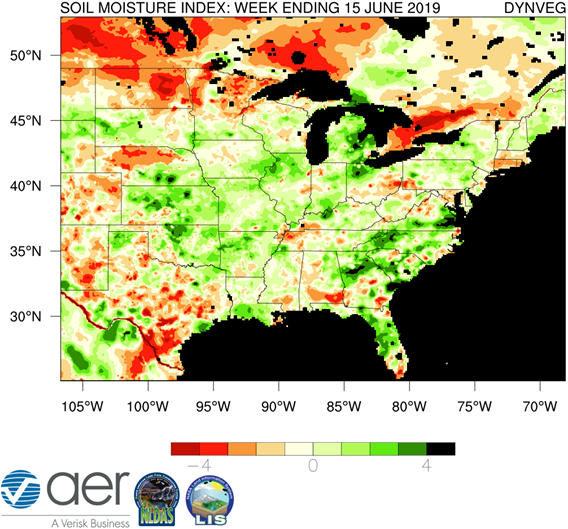 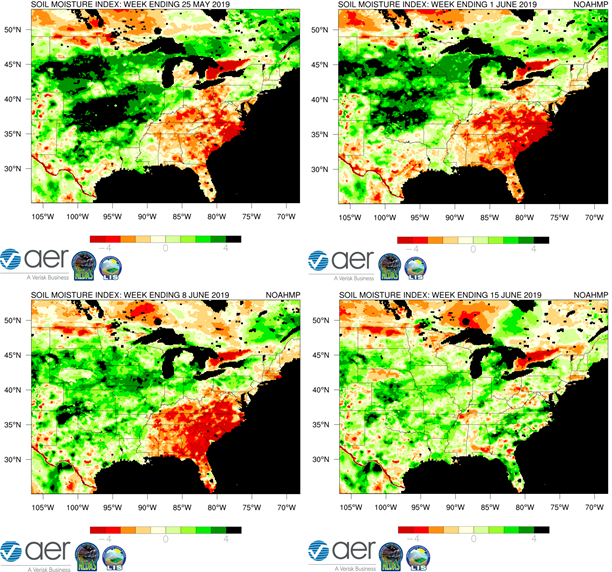 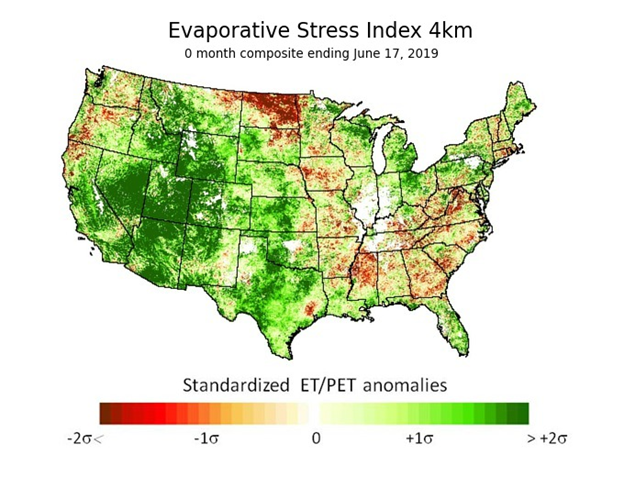 Last week was the driest in a while over much of the central U.S. and while the SMI is still indicative of moist conditions over the Corn Belt and Great Plains, there are far fewer locations with SMI’s above 3.0 than has been the case over the last several weeks. Over the southeastern U.S., there was some improvement on last week’s map and tremendous improvement on this week’s map from precipitation earlier in the month. The latest U.S. Drought Monitor still shows some pockets of drought in southern Georgia and Alabama, in good agreement with where the SMI is still strongly negative.

The Evaporative Stress Index (ESI) is mostly in good agreement with the SMI maps, with the exception of Texas and the northern half of Mississippi. In Texas, the ESI is strongly positive over most of the state (except to the northwest of Houston) while the SMI from the dynamic vegetation simulation is mostly negative over Texas, with pockets of strongly negative SMI values. It should be noted that the SMI values in the Noah-MP run are mostly positive, so it appears the dynamic vegetation simulation is overly aggressive on drying in that area. Over northern Mississippi, it’s likely the negative ESI’s are being driven by other external factors.

If you’re interested in how the season-to-date weather has affected the outlook for corn yields in the Corn Belt, please check back next week for our June Corn Forecast Update.