The latest soil moisture index map (SMI; Figure 1) shows moist soils over Southeast and the far northwest corner of the Pacific Northwest and a lot of dry to very dry soils elsewhere. One bright spot on the current map is significant improvement in parts of New England, though the improvements was less pronounced or non-existent in parts of southern New England which are in extreme drought on the latest map of the U.S. Drought Monitor. Figure 2 also shows that the eastern Great Lakes, western Corn Belt, High Plains, southern Rockies, and northern California are all very dry. These areas are all in some level of abnormal dryness or drought on the USDM as well. As of last Thursday, over 26% of the continental United States (CONUS) has an SMI below -3.0, with higher percentages in the Great Plains and Corn Belt regions (Table 1).

This may be especially problematic in the southern Rockies and High Plains region, which traditionally does not receive significant precipitation during La Nina winter. That of course is not a guarantee that relief won’t come this winter, just that past history does not favor such an outcome. This region is also very important for grazing and winter wheat, the latter of which is likely to be adversely affected by the drought. Further to the north across the Corn Belt, Figure 3 shows that the “gains” from beneficial rain received the week of Labor Day have been mostly exhausted by a return to dry weather over the last month (Figure 4).

The beneficial aspect of the dry weather across the Corn Belt is it has helped expedite harvest, with 60 percent of corn harvested and 75 percent of soybean harvested according to the latest U.S. Crop Progress Report. Neither are on record pace, but both are above average for this week of the year. The upcoming forecast is less favorable for continued accelerated progress however, especially in the northern and western sections of the Corn Belt. The moisture would definitely be welcome across much Iowa and eastern Nebraska, which have been quite dry the past several weeks to months.

No Ag Blog next week but I’ll likely still post a few maps on Twitter next Monday. 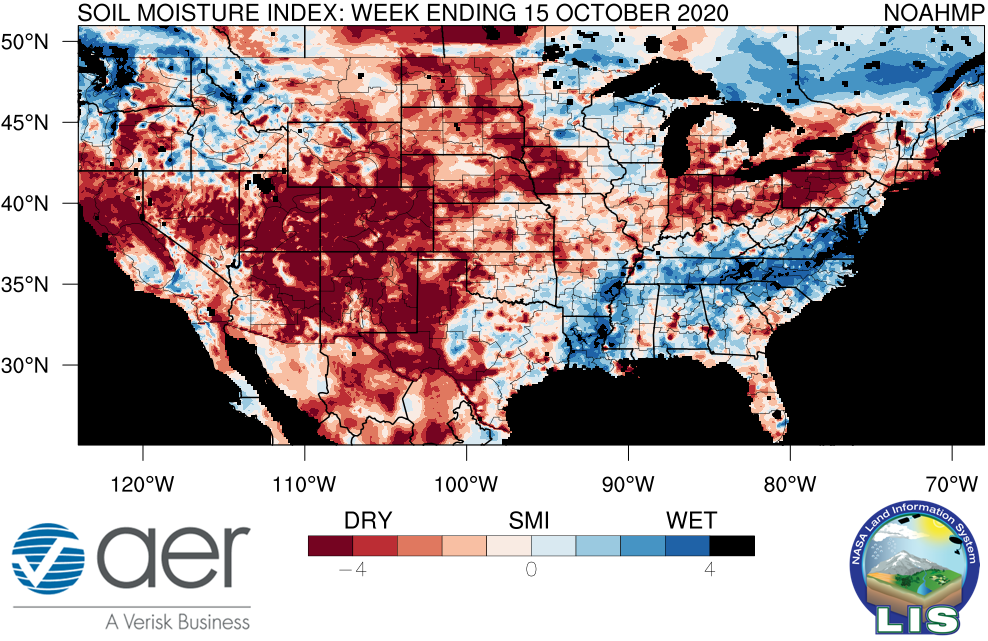 Figure 1. Soil moisture index (SMI) map) for the 7-day period ending 15 October 2020. Results are based on output from the 0-1 m (surface to 3.23 feet) layers in the Noah-Multiparameterization (Noah-MP) land surface model. Noah-MP is run in the NASA Land Information System (LIS) framework with the North American Land Data Assimilation Version 2 (NLDAS-2) forcing dataset. The SMI calculation is based on the soil moisture index created in Hunt et al. (2009) such that ‘5’(dark green) is the wettest and ‘-5’ (dark red) the driest for the period of record.  The period of record used calculate the SMI for the current map is 1979-present.

Table 1. The regional median SMI value from the current map and the percentage of grid points in the four regions with SMI values greater than 3.0 and less than -3.0. Regions are indicated by the boxes in Figure 2. 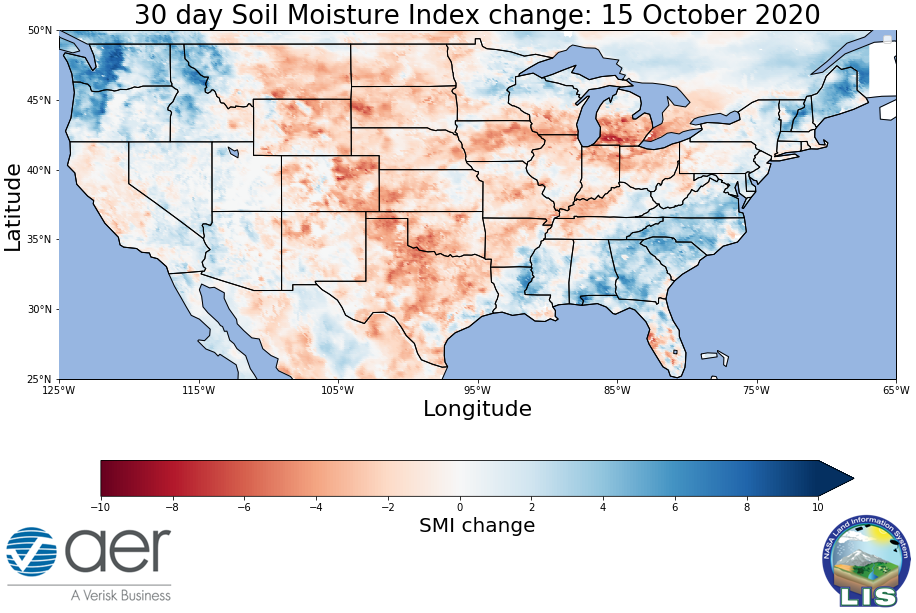 Figure 3. The 30-day change in the SMI between 16 September and 15 October 2020. Scale shows the color that corresponds to the direction (positive or negative) and the magnitude of the change. 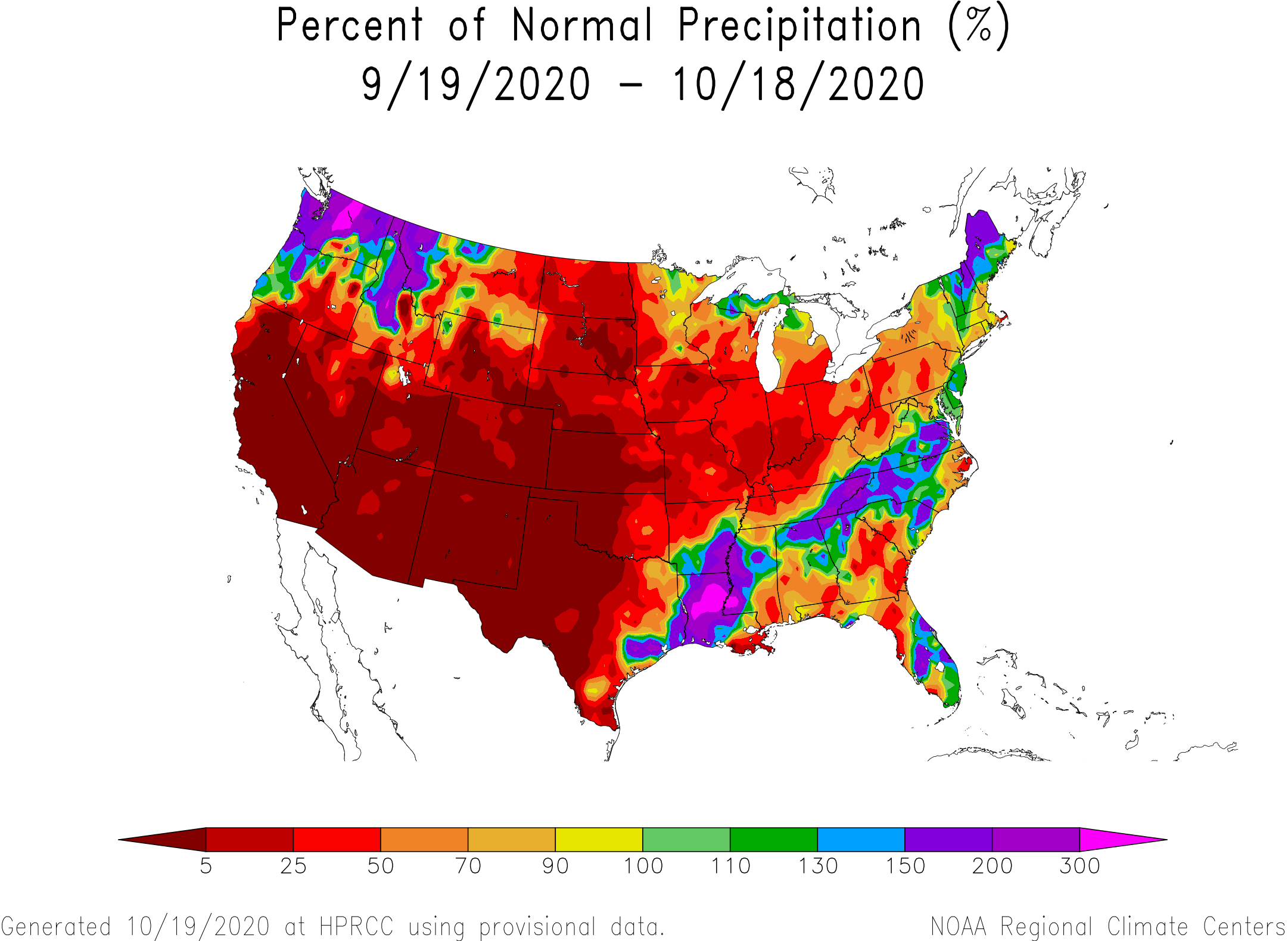 Figure 4. Percent of normal precipitation over the past 30 days (through Sunday 18 October).  Map courtesy of the High Plains Regional Climate Center.