Today’s Ag Blog is a quick review of soil moisture and drought conditions over the past several months. Figure 1 shows that the median SMI was indicative of flash drought developing across the Great Plains North region (see Figure 2 for regional boundaries) in June. But unlike in 2017 when that drought continued to intensify rapidly in the northern portion of the region, conditions improved somewhat in July before deteriorating again in August. A similar signal of rapid deterioration in June was also present across the southern Great Plains, though unlike its northern counterpart, the SMI was already below 0.0 on Memorial Day. The Corn Belt had flash drought conditions develop across western Iowa and parts of eastern Nebraska in later June (Fig. 2) and for several weeks, remained mostly confined to that area. But a very dry August led to rapid declines in the SMI across much of the region and by the 31st, the median SMI was down to -2.0. That also was the lowest the median SMI had been over the Corn Belt since 2013. The southeastern U.S. avoided drought this summer, thanks in large part to tropical systems and some cutoff lows. 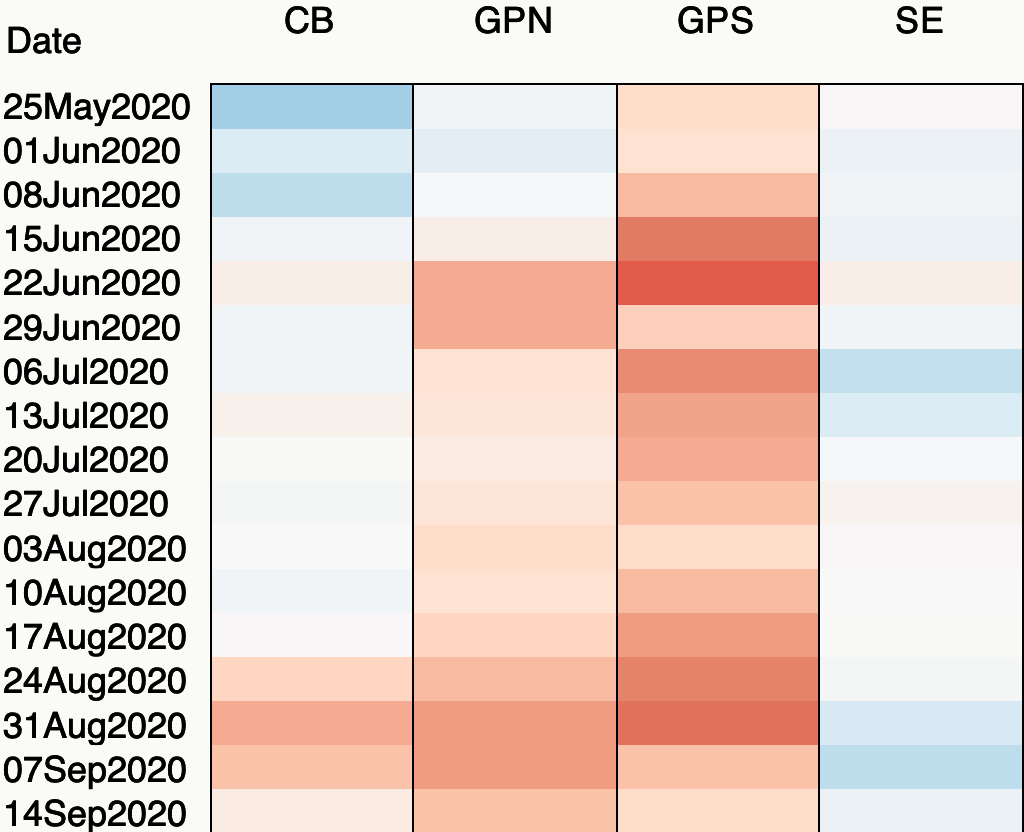 Figure 1. Heat map of the Soil Moisture Index (SMI) across the four regions used for analysis.

Figure 2 also shows that there was a significant increase in the number of locations with an SMI below -3.0 during the season, with only the southeastern U.S. escaping widespread degradation at some point over the summer. Increase was most substantial over the western Corn Belt, eastern Great Lakes, and the western U.S. Conditions also were very dry in New England and much of the region is now in severe to extreme drought and in some places, it may be the first time with extreme drought since the formation of the U.S. Drought Monitor back in 1999. 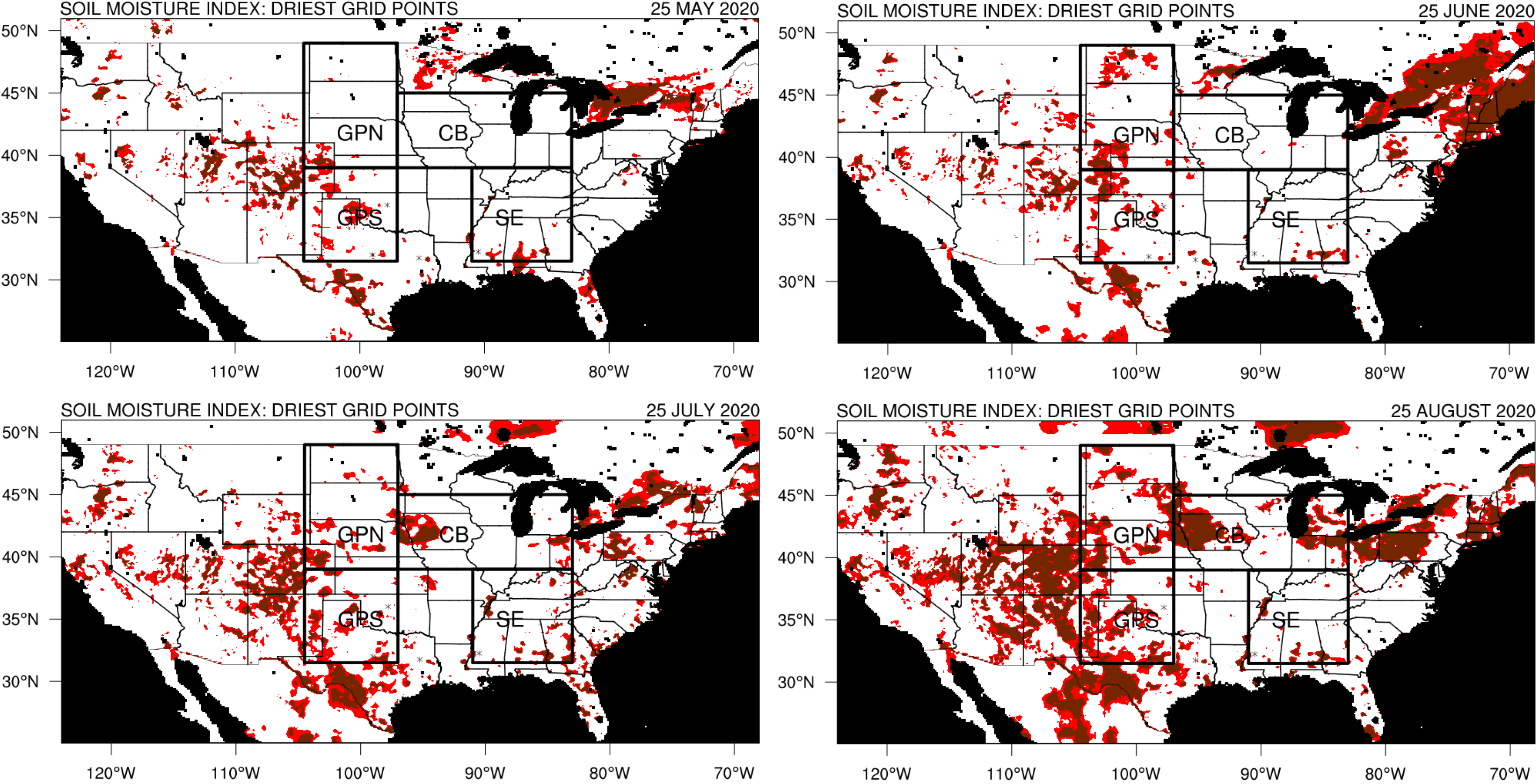 While the current percentage of the continental U.S. (CONUS) in drought (39.65%) on the U.S. Drought Monitor is well off the record set in 2012, it is a significant increase compared to the amount of CONUS that was in drought back in April. It should be noted that while it is relatively common for the percentage of CONUS in drought to increase between the months of April and August (Figure 3), the difference this season was second only to 2012, with a 21 percent increase. Also, the percent of CONUS in severe drought or worse (i.e., D2-D4) now stands at 25%, which is the highest it has been since 1 July 2014. Still well shy of record levels but also a big change compared to earlier in the year.

How much of the increase in drought over the U.S. actually had a flash component and how much of that can be contributed to the development of La Nina are questions that need to be explored. My hypothesis is that the latter was certainly a factor. With regard to the flash component of the drought, I would say with certainty that it would verify over the western Corn Belt and the northern Great Plains and likely would over parts of the southern Great Plains as well. My hypothesis is that there was also some flash component to the drought in New England as well. 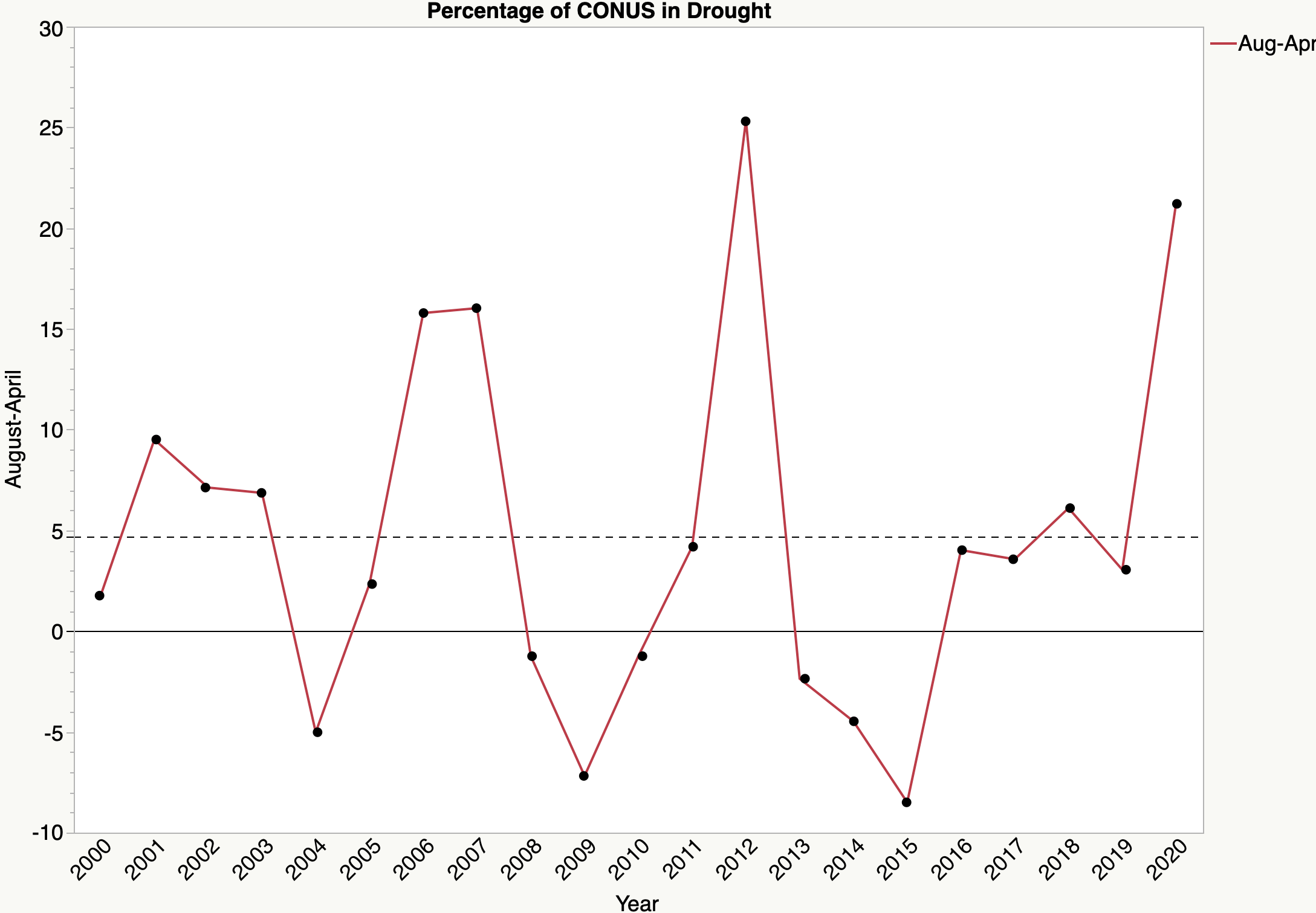 Figure 3. Difference in the average percentage of CONUS that was in drought on the U.S. Drought Monitor in August compared to April. The solid and dashed horizontal lines represent ‘0’ and the average respectively. Data courtesy of the National Drought Mitigation Center.