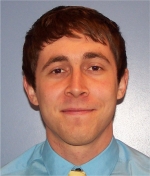 Sea level changes are a matter of serious concern for coastal communities, effecting recurrent flooding, beach erosion, saltwater intrusion, and wetland loss. Therefore, understanding the causes of past sea level changes, in order to more confidently predict sea level changes in the future, has been a major goal in climate science.

Past studies suggest that, along the United States’ northeastern seaboard, changes in sea level from one year to the next are strongly tied to changes to ocean currents in the North Atlantic, such as the Gulf Stream. However, recent research led by AER scientists Drs. Christopher Piecuch and Rui Ponte has now shown that such sea level changes along the northeast coast have more to do with the local meteorology, and less to do with the circulation in the North Atlantic.

Piecuch and Ponte, along with European colleagues, used decades’ worth of data from tide gauges up and down the United States’ northeast coast, from Virginia to Maine. They found that an ocean model, designed to simulate how the ocean responds to changes in coastal winds and air pressure, skillfully reproduced a large part of the observed sea level changes. The research clarifies how changes in sea level at the coast are related to changes in ocean circulation over the North Atlantic more broadly. It has implications for scientists trying to decipher past changes in major ocean currents or anticipate future changes in coastal sea level.

The findings were published in the Journal of Climate and Geophysical Research Letters and appear as a feature on NASA’s “Sea Level Change” website.