The USDA’s National Agricultural Statistics Service released its updated corn forecasts at noon EDT today in the latest Crop Production Report. In it they increased the expected corn yield by almost 3 bushels per acre (bpa) from 178.4 to 181.3. As a reminder, AER’s forecast from August 1st was 177 bpa and this compared well with other independent estimates, such as the Pro Farmer Tour. At 181.3 bpa, the September forecast from NASS is within range of what we think is possible for the season, albeit on the more bullish side (Fig. 1; below). 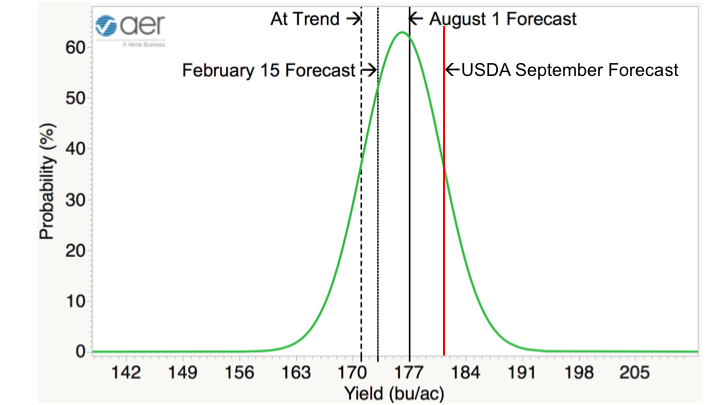