The term “polar vortex” remained largely a technical term until early January 2014 when the United States media used it to describe an historical cold air outbreak in eastern North America.  Since then, “polar vortex” has been used more frequently by the media and public, often conflating circulation features and temperatures near the surface with only partially related features at the tropopause and in the stratosphere.  The polar vortex in its most common scientific usage refers to a hemispheric-scale stratospheric circulation over the Arctic that is present during the Northern Hemisphere cold season.  Reversal of the zonal-mean zonal winds circumnavigating the stratospheric polar vortex (SPV), termed major sudden stratospheric warmings (SSWs), can be linked to mid-latitude cold air outbreaks.  However, this mechanism does not explain the cold US winter of 2013/14.  AER Principal Scientist Judah Cohen led an in-depth study on the winter of 2013/14 to understand how SPV variability may still have played a role in the extreme winter weather. Observations indicate that anomalously strong vertical wave propagation occurred throughout the winter and disrupted, but did not fully break, the SPV.  Instead, vertically propagating waves were reflected back downward, amplifying a blocking high near Alaska and downstream troughing across central North America, a classic signature for extreme cold air outbreaks across central and eastern North America.  Thus, the association of the term “polar vortex” with winter 2013/14, while not justified by the most common usage of the term, serves as a case study of the wave-reflection mechanism of SPV influence on mid-latitude weather. 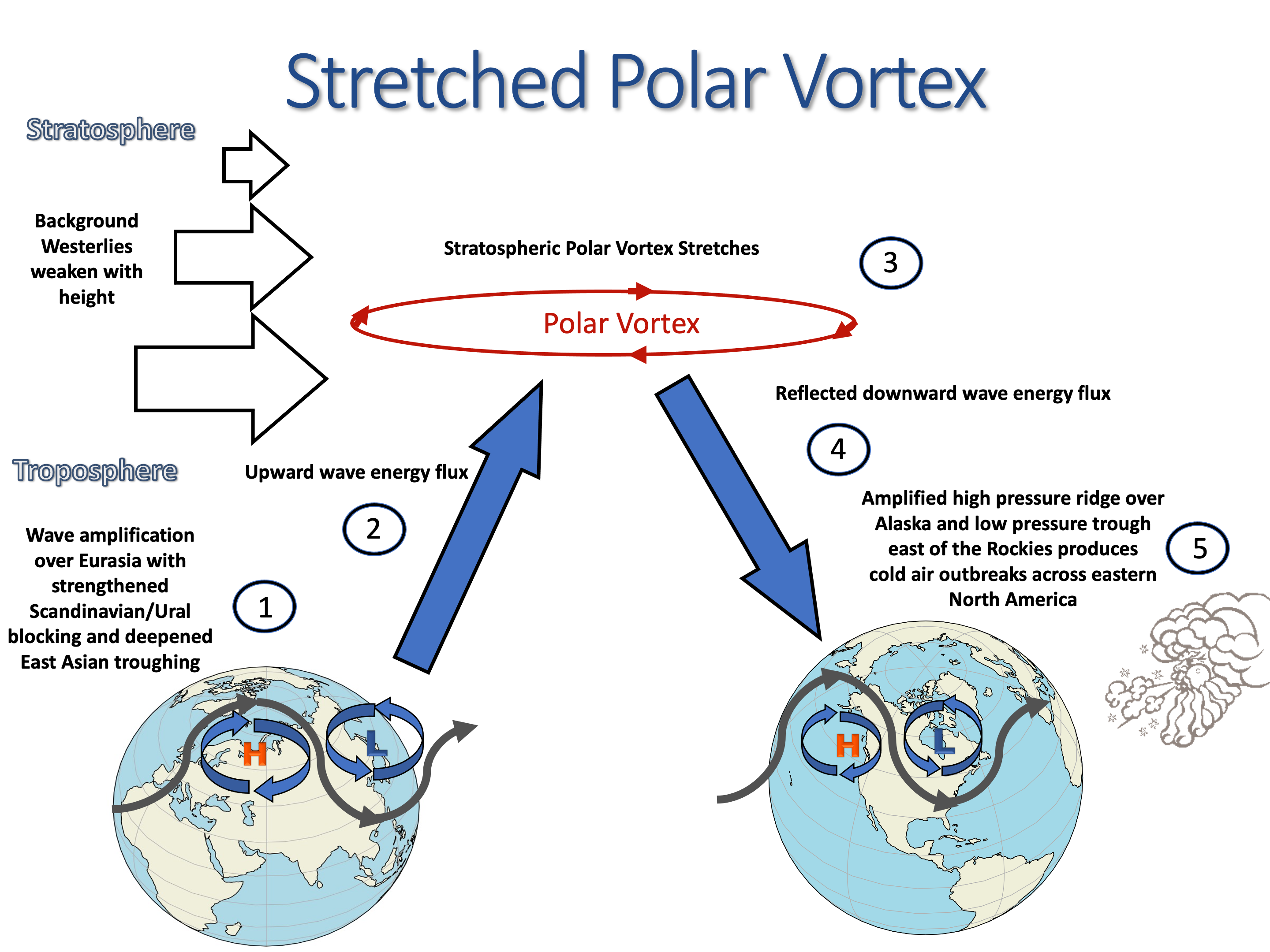