Unfrozen bottom soils below snow layers play an important role in the persistence and stability of snowpack, yet less knowledge is known about its spatial variability and seasonal evolution on a global scale. This paper uncovers that, on average, around 30% of annual Northern Hemisphere’s snow cover extent is over unfrozen soils with a spatial variability that is highly correlated with snow types. Specifically, unfrozen soils appear more frequently below the ephemeral followed by the maritime and prairie snow. In addition, it is demonstrated that the unfrozen soil areas exhibit different seasonal evolution from snow cover extent with two annual peaks in April and October. The results show that the areas of unfrozen soils are expanding in Spring as the snow cover extent is shrinking.

Citation:  Variability and Changes of Unfrozen Soils below Snowpack 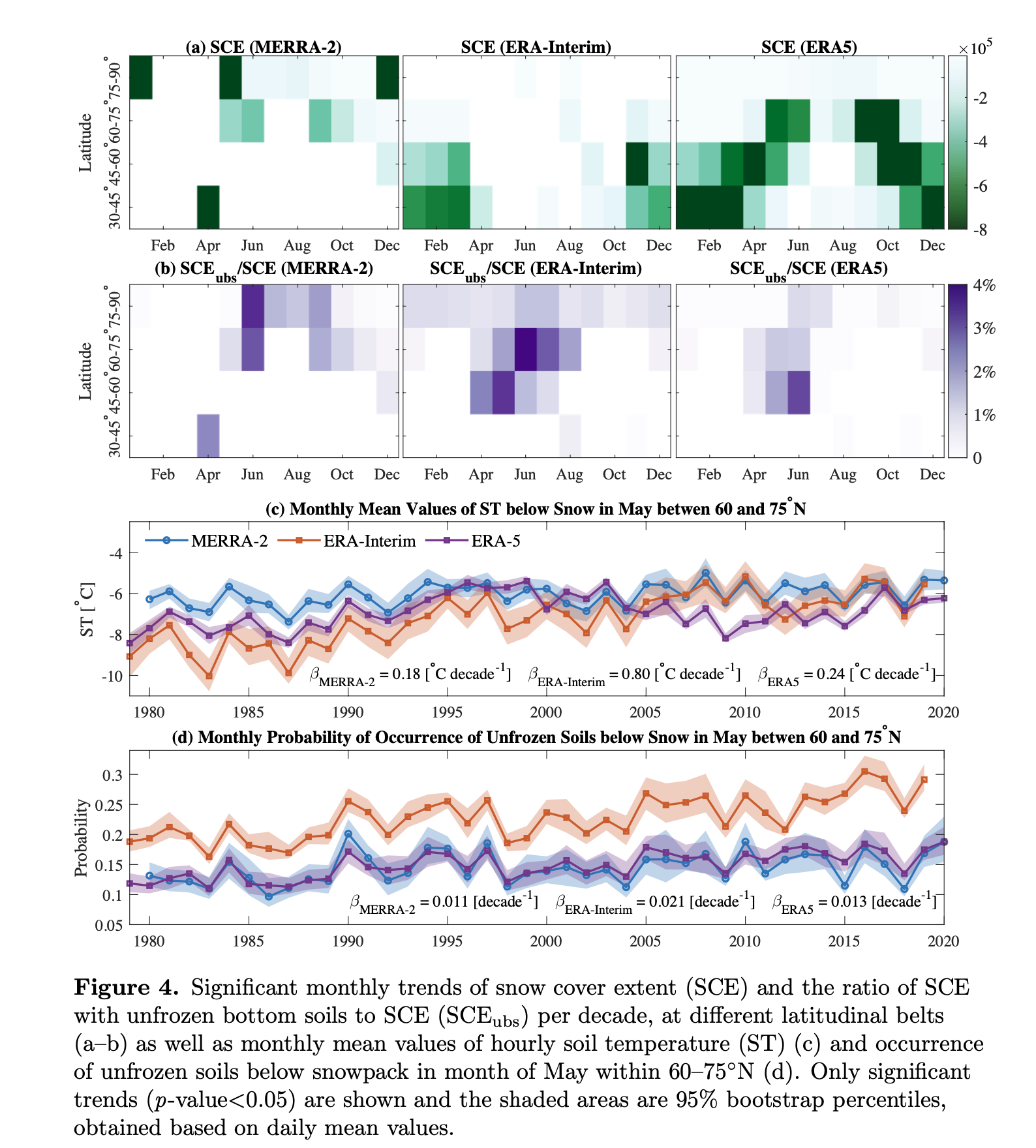