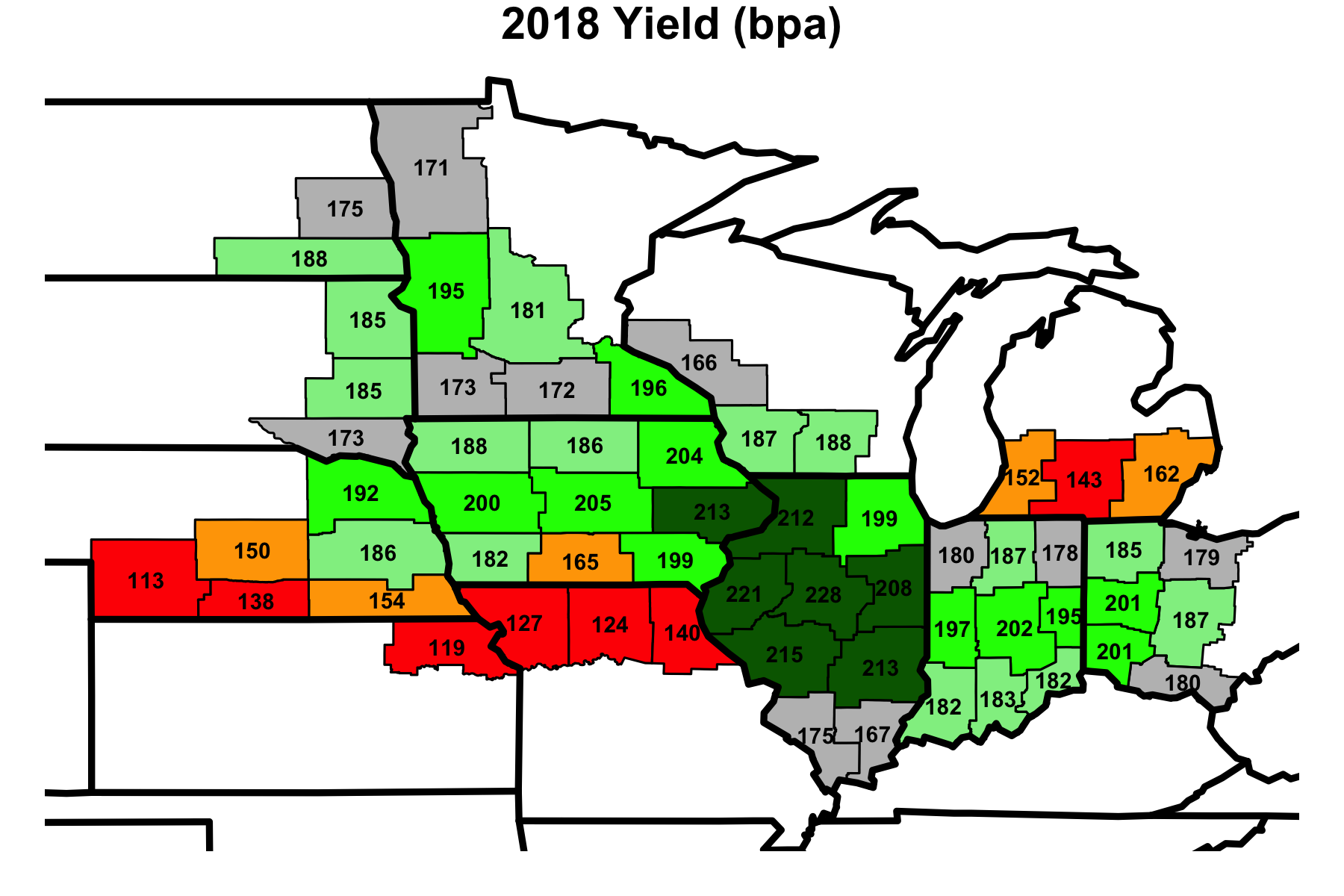 Rainfed corn yields were generally in excess of 190 bpa stretching from northeast Nebraska into Ohio, with the highest yields of 200 bpa or higher concentrated in eastern Iowa and Illinois (Fig. 1). Exceptionally good yields (relative to the trend) were found in the southern halves of Illinois and Indiana, with some of these districts having their highest observed yields on record. Corn yields were lowest in the drought-affected region from northeast Kansas into northern Missouri. Moderate drought conditions were also reported in parts of southern Iowa and western Illinois during the season as well, but yields were above average in those districts. Further to the north, excessive water led to below trend conditions in northern Iowa and southern Minnesota. Yields also were relatively low compared to trend in southern Michigan as well (Fig 2.) 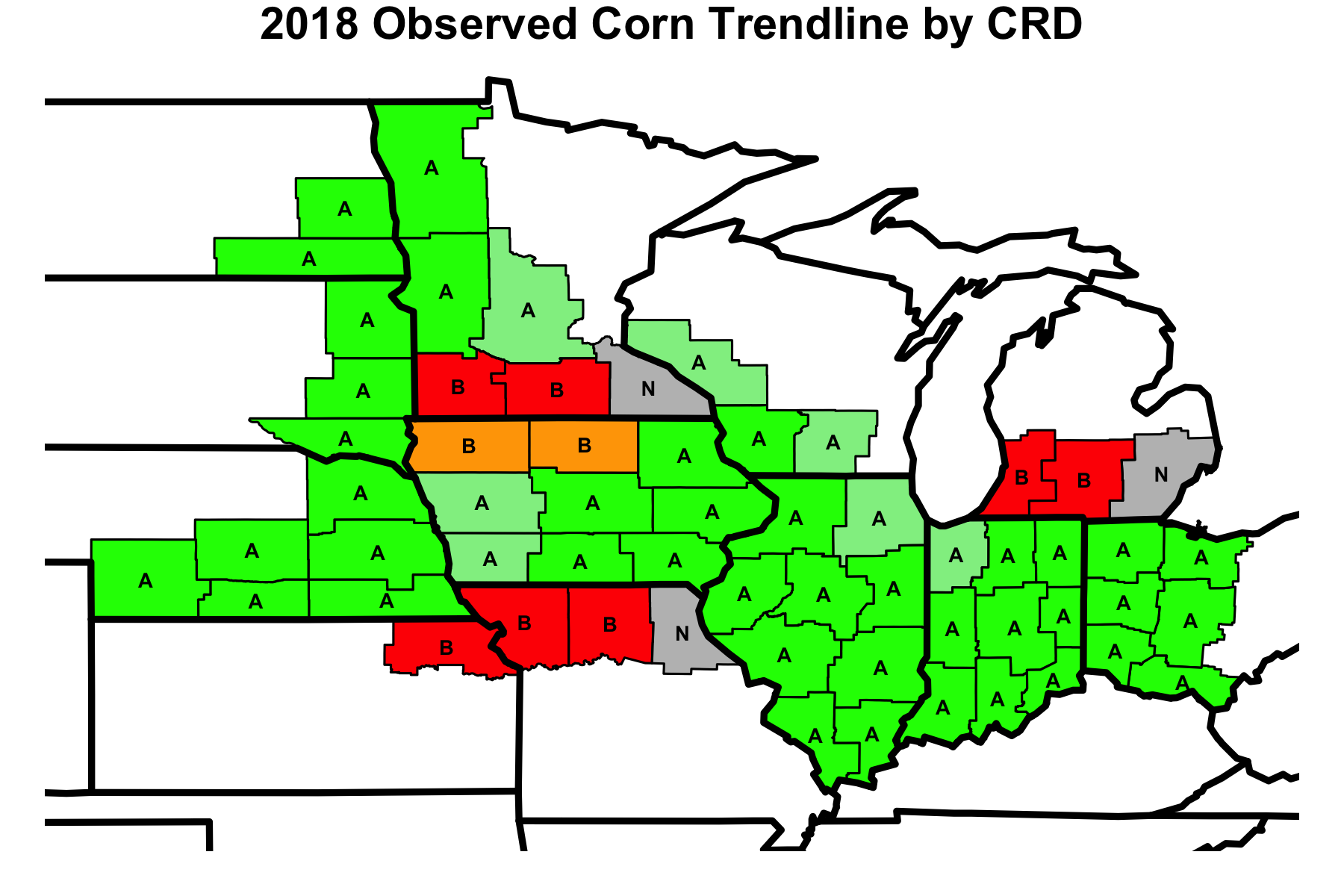 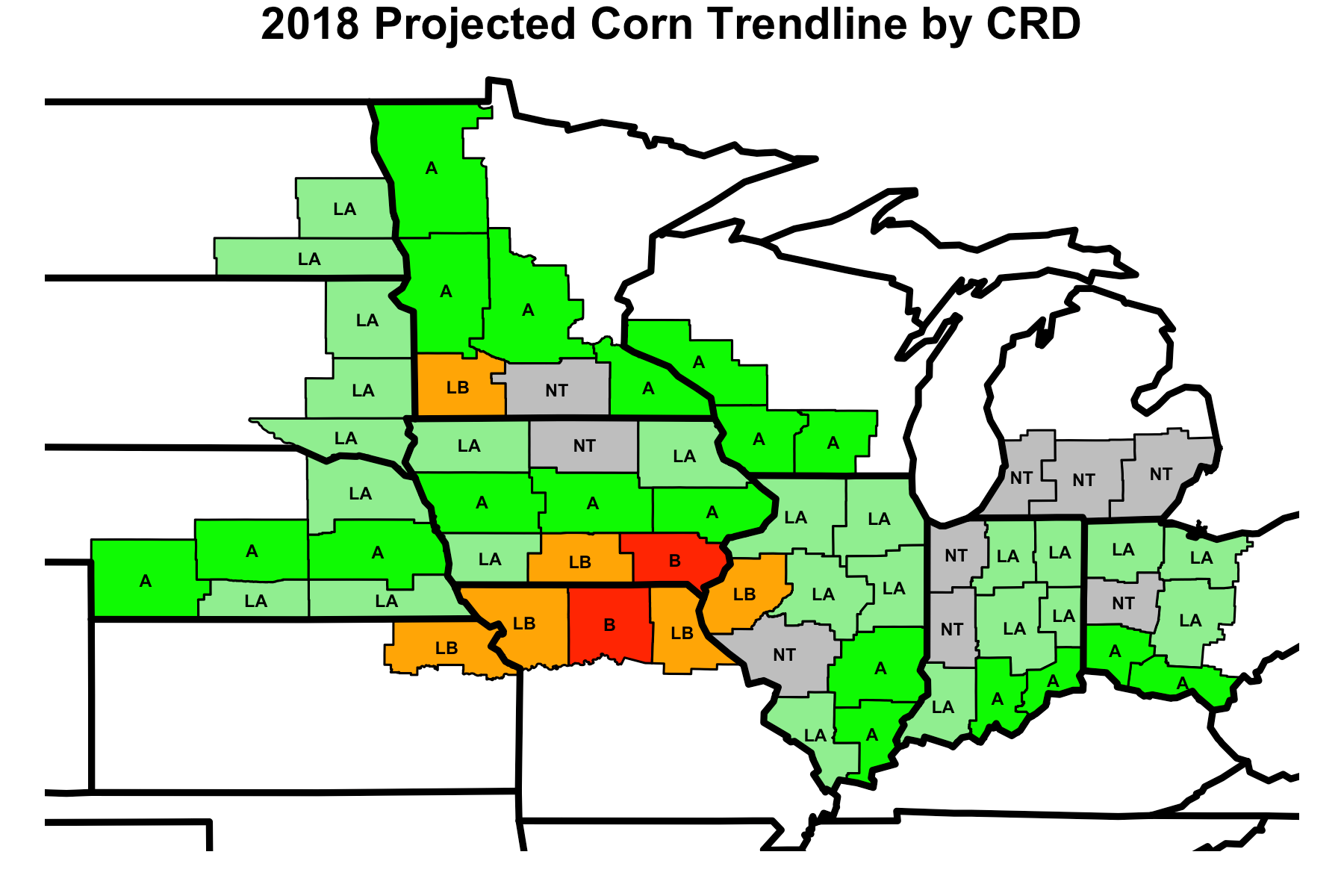 Where we were right: Figure 4 shows we correctly projected 46 out of 60 crop reporting districts (77%) in 2018. We were correct in our projection of below trend yields in the drought affected region from northeast Kansas into northern Missouri and the below trend yields in southwest Minnesota because of excessive precipitation during the season. We also were correct in our expectations of much higher than average yields in southern Illinois and southern Indiana and in the Dakotas and Nebraska. Perhaps most importantly from a market standpoint, we were in the correct direction for most districts in Illinois and Iowa, and in many cases our high confidence of above trends verified.

Where we were wrong: While we feel our overall forecast was excellent, we did have some misses. In four of the districts (7%), we were two categories off (shown in red or blue) and in an additional ten districts, we were one category off. The northeastern edge of the drought affected region (i.e., southern Iowa and western Illinois) had yields that exceeded our forecast. We also were too optimistic on yields in north central and northwest Iowa based on the wet conditions and were too optimistic in our projection for southern Michigan. 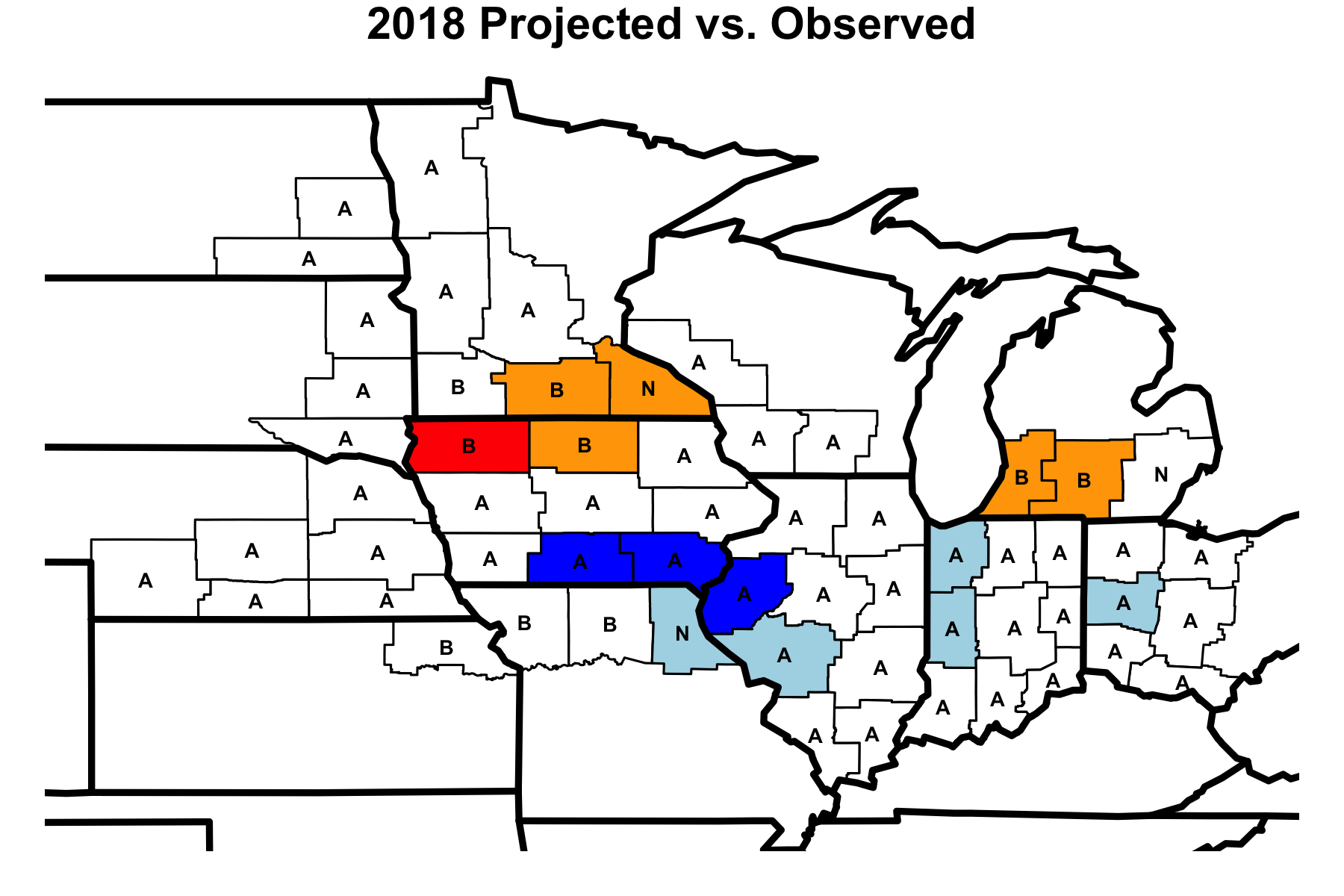