The Bottom-Line Up Front

Atmospheric and Environmental Research is applying our world-class seasonal forecasting to give the agricultural community information to make better-informed decisions with actionable yield projections for the upcoming season. The analogs from our current seasonal forecast model suggest the 2021 national corn yield will be 181.2 bushels per acre (bpa) with a total production of  15.22 billion bushels (Figure 1, below).  This forecast yield is an increase of 9.2 bpa over 2020 and ~ 2 bpa above trend. This production estimate is ~1.02 billion bushels higher compared to 2020 and is based on an estimate of 84.0 million harvested acres. The AER yield and production estimates respectively are 2.2 bpa and 238 million bushels higher than the USDA estimate for the upcoming season.

Figure 1. Distribution of corn production (top; billions of bushels) and yield (bottom; bpa) based on the weighting of our forecast. The most likely range for production is between 14.7 and 15.4 billion bushels and 175-184 bpa for yield. Excluding outliers, the worst (best) case scenarios based on our forecast are 14.1 (15.9) billion bushels for production and 167 (190) bpa for yield. At-trend is assumed to be 179 bpa. 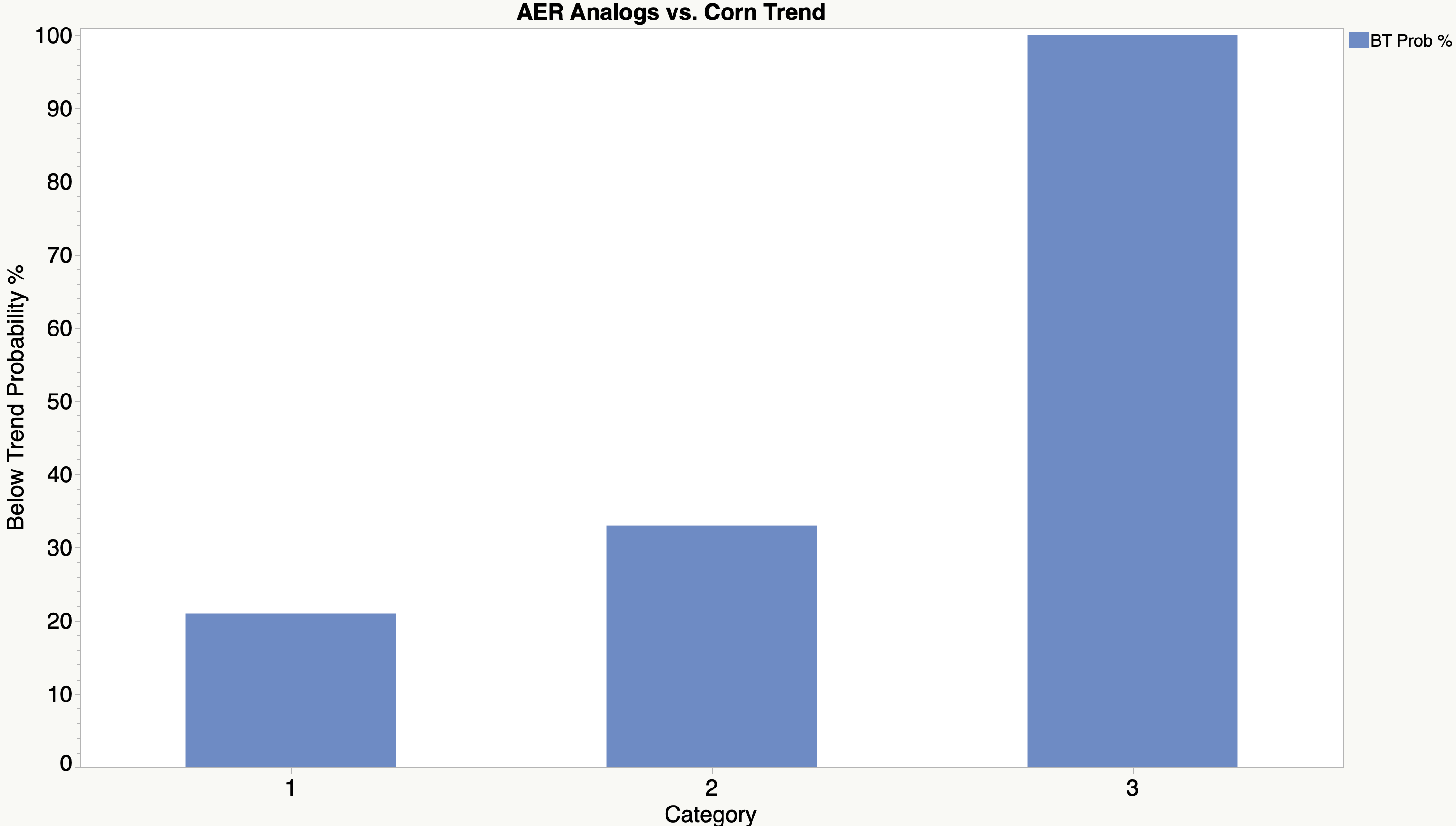 Figure 2. Risk categories for below trend corn based on past seasons with analogs (2001-2020).

But that does not mean there is no risk for below trend corn. Indeed, the forecast does indicate about a 1 in 6 chance for the season to have significantly below trend corn, which is not something that has been in our forecast the past few years. Thus, while yields less than last season’s 172 bpa are unlikely, they should not be viewed as impossible. There is a slight chance for corn yield to be in the 185-190 bpa range but significantly above trend corn is highly unlikely this season.

Here are the reasons we are cautiously optimistic about above trend corn this season:

Here are a few reasons why 2021 could end up being a poor growing season:

We have broken the map into four risk categories for below trend corn this upcoming season for each district: 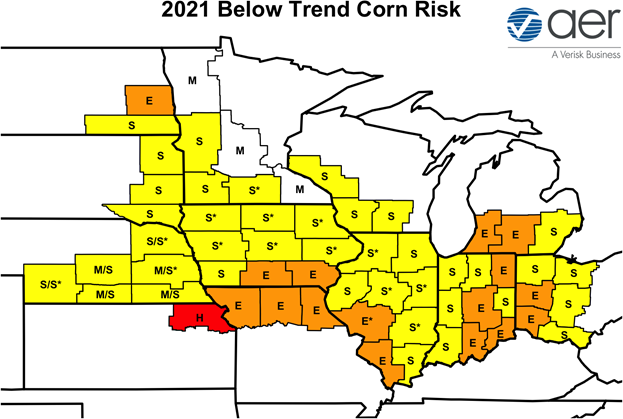 Figure 3. Categorical projections of below trend corn yield risk for the 60 crop reporting districts in the U.S. Corn Belt. M- Marginal risk (white); S- Slightly elevated risk (yellow); E- Enhanced risk (orange); H- High risk+ (red). In Nebraska, the color is for rainfed corn but the risk for irrigated corn is designated by the first letter.  The districts with asterisks were in the top quartile for corn production over a twenty-year period spanning 1999-2018, as shown in Hunt et al. (2020).

Our February corn forecast is based on a proprietary weighting scheme using analog years. For this season, the analog seasons are 2006, 2008, 2009, 2011, 2012, and 2018. The analog years from the AER seasonal forecast are based on a number of factors, including phase of ENSO, predominant phase of the Arctic Oscillation and strength of the polar vortex. Corn yield forecasts later in the season will incorporate season to date conditions, the AER forecast for the remainder of the season, historic yield, production, and acreage data from NASS, and a proprietary parametric model. General details on the AER seasonal forecast can be found on our website. For more specific questions, please contact Eric Hunt at ehunt@aer.com.

Dr. Eric Hunt is an agricultural climatologist from Lincoln, NE and has several members of his extended family actively farming in Illinois and Nebraska. Eric has been with AER since 2012 and received his Ph.D. from the University of Nebraska. Among other activities, he is currently working on NASA funded projects to study the evolution of flash drought. He routinely blogs about agriculture and weather on the AER website.

Dr. Judah Cohen is the Director of Seasonal Forecasting at AER’s home office in Lexington, MA. Judah has been with AER since 1998 and received his Ph.D. from Columbia University. Judah is perhaps best known for his NSF funded work documenting Arctic-midlatitude connections and the Arctic Oscillation, which he routinely blogs about on AER’s website.