AER's winter Seasonal Forecasts rely on Siberian snow cover extent in the fall for more accurate winter predictions. Over a decade of research has allowed us to understand how variability in Siberian snow cover mostly in October can influence the weather in remote regions including the Eastern US and Europe months later. Below we show the six-step model with a timeline that begins with the advance of Siberian snow cover in October and ends with either more (less) frequent Arctic outbreaks during the winter in the Eastern US, Europe and East Asia associated with the negative (positive) phase of the large-scale telconnection pattern the Arctic Oscillation (AO). 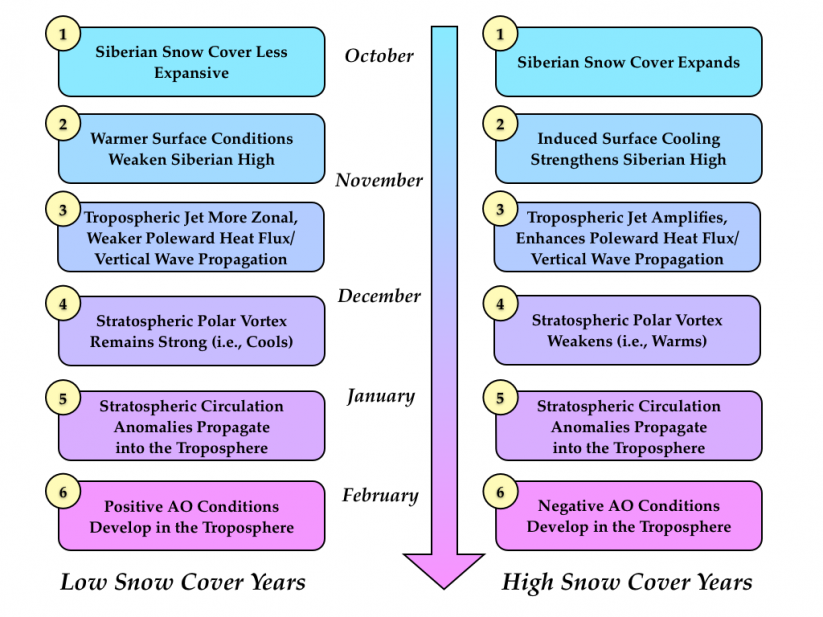