Scott G. Stephenson is chairman, president, and chief executive officer of Verisk, bringing more than 30 years of executive experience and a successful record of strategic leadership and innovation to the company.

Scott is a values-based leader who launched The Verisk Way—the company’s principles to serve, add value, and innovate that guide how Verisk engages with customers, employees, shareholders, and communities. Under his leadership, Verisk has been named one of the World’s Best Employers, one of the World’s Most Innovative Companies, and one of America’s Best Employers for Women.

Before joining Verisk, Scott was a senior partner with Boston Consulting Group. He also served as a senior advisor to Silver Lake Partners, a technology-oriented private equity firm.

Scott holds an MBA from Harvard Business School and a BS in mechanical engineering from the University of Virginia.

As part of his commitment to social responsibility and serving others, Scott is on several civic and charitable boards. He’s a member of the Board of Advisors at the University of Virginia School of Data Science, where he and his wife established the Stephenson Chair in Data Science. In New York City, Scott is board chair at The Bowery Mission and an elder at Central Presbyterian Church.

Scott also serves on the board of Public Service Enterprise Group Incorporated (PSEG). 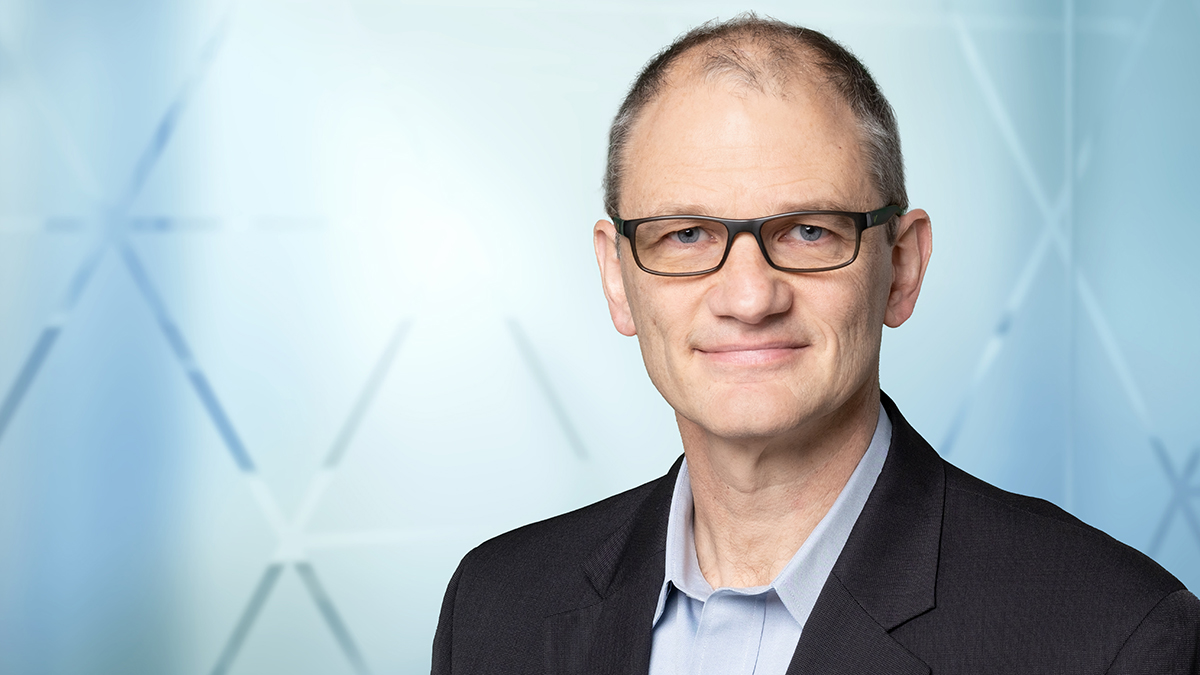 Dr. Guy Seeley is president of Atmospheric and Environmental Research (AER), where he’s responsible for the company’s performance and execution of science and technology projects, ranging from basic research to mission-critical system development for government, insurance, financial, and energy sector clients.

Guy served in other leadership positions at AER and ISO/Verisk before becoming AER’s president in 2015. During his more than 30-year career, he has led many state-of-the-art weather and remote sensing programs, products, and services reaching government and commercial markets.

Earlier in his career, Guy worked extensively with military pilots and research laboratories to produce infrared mission planning decision aid tools to reduce risk and improve mission performance. He was responsible for the development, validation, and rapid transition to combat operations of highly effective new mission planning technologies for the F-117 and other aircraft.

Guy holds a PhD and a BA, both in chemistry, from Boston University. 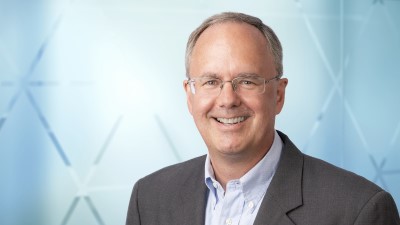 Dr. Ned Snell is AER’s executive vice president and leads the Advanced Science and Technology division. He’s an expert in all aspects of theoretical and experimental remote sensing, including extensive infrared and ultraviolet radiative transfer model and retrieval algorithm development.

Ned oversees many company-wide initiatives, providing executive support to major programs and projects and business development support across the company, and representing AER in Verisk-wide initiatives. He also makes direct contact with major clients for large projects and helps coordinate staffing and resources across AER.

From 2012 to 2020, Ned served as the program manager for AER’s Geostationary Operational Environmental Sounder – R-Series (GOES-R) effort, the U.S.’s next-generation geosynchronous weather and environment satellite. Previously he led the development of the infrared ozone retrieval algorithm for the Ozone Mapping and Profiling Suite (OMPS) and algorithm development for the Cross-Track Infrared and Microwave Sounder Suite (CrIMSS).

He’s a member of the Society of Photo-Optical Instrumentation Engineers (SPIE), the American Geophysical Union (AGU), and the American Institute of Aeronautics and Astronautics (AIAA). From 2012 to 2019, he volunteered with a local middle and high school basketball team for the Special Olympics, serving as head coach from 2016 to 2019.

As vice president, Matt ensures that the division’s individual research projects align with the pressing needs of the scientific community, policymakers, and industry. He also leads several research projects on atmospheric chemistry, air quality, and radiative transfer modeling, with a focus on the chemistry of wildfire smoke.

After joining AER in 2010, Matt performed a comprehensive evaluation of AER’s line-by-line radiative transfer model. In 2014 he started a new group focused on air quality and quickly obtained research grants from the National Science Foundation (NSF), NASA, and the World Bank. His research has resulted in dozens of articles in peer-reviewed scientific journals.

Matt holds a PhD in climate physics and chemistry and BS in chemical engineering from MIT. Before joining AER, he was a Postdoctoral Research Fellow in Atmospheric Chemistry at Harvard University.

Matt was the lead author of the smoke chemistry chapter of the 2021 US Forest Service and EPA assessment of research needs for wildland fire smoke in the US.  He was recognized in 2013 by the Journal of Geophysical Research for excellence in peer reviews. 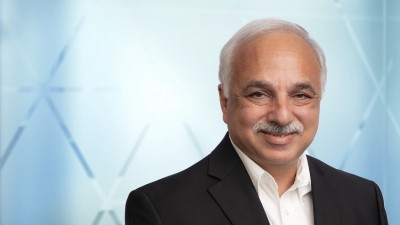 Charles Sarkisian manages the Target Recognition and Advanced Exploitation (TRAX) division at AER and serves as chief product strategy officer. He established the division and is responsible for its strategic vision, commitment to AER customers, and overall operation.

Under Charles’s leadership, the division has seen healthy growth since its establishment by addressing customers’ near-term needs, using innovation to envision customers’ emerging needs, and continually advancing the science behind the company’s work.

Charles has more than 35 years of remote sensing industry experience in atmospheric, oceanographic, and terrestrial environments. Prior to establishing the TRAX group at AER, he led the Object and Target Recognition section at BAE Systems, where he managed all the section’s programs, including those with AFRL, DARPA, and the intelligence community.

Before that, he served as a program manager at Goodrich Corporation Surveillance and Reconnaissance Systems, within the U-2 Business Unit managing programs with the National Air and Space Intelligence Center (NASIC) and the 330th C2ISR Sustainment Group in support of the SYERS-2 airborne sensor.

Charles was named AER’s 2002 Employee of the Year for his leadership on the Cooperative Research and Development Agreement (CRDA) with the Air Force Weather Agency (AFWA). His team at BAE received the 2014 Chairman’s Award for innovation in combat identification systems.

Charles holds a BA in geography/atmospheric science with a minor in physics from the University of Rhode Island.

With over 35 years of advanced science and system design and development experience, Dave has focused his career on developing advanced solutions to challenging environmental and remote sensing problems. His projects have included the US Air Force Electro-Optic Satellite System (EWS); satellite remote sensing instruments and algorithms for cloud monitoring, forecasting, and characterization and theater weather imagery; and supporting remote sensing solutions to monitor greenhouse gases and other atmospherics.

He holds an MS in meteorology and a BS in physical sciences, both from the University of Maryland. Dave is also certified in Earned Value Management. 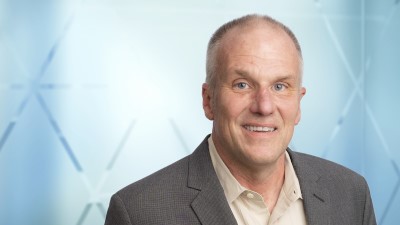 Dr. Scott Zaccheo fulfills many roles at AER: chief software engineer for the GOES-R Ground System Program; principal architect, implementer, and customer liaison for the GreenLITE™ program; and corporate advisor and mentor for developing other software applications for government and private sector customers.

As a senior corporate fellow, he provides technically based architectures and solutions for customer-driven ideas or challenges and internal technical oversight for ongoing company efforts, while helping foster the growth of technical design and problem-solving skills at AER.

An expert in image processing and systems engineering, Scott’s spent 25 years applying engineering principles to the acquisition and analysis of scientific data. He co-developed the GreenLITE™ system for real-time measuring and monitoring greenhouse gases (GHGs) over complex open-air environments. He’s also been the primary architect of many AER systems, including interactive analysis tools to assess the performance of retrieval algorithms for earth-observing environmental sensors.

Before joining AER, Scott worked at Lincoln Laboratory on characterizing infrared clutter and assessing its impact on detection and estimation techniques. He’s been a contributing member of the Solar and Heliospheric Observatory (SOHO) and Hubble Space Telescope (HST) algorithm teams.

He’s been a reviewer for the NASA grant process and a member of a NASA Science team.

He works closely with the Air Force Research Laboratory (AFRL), one of AER’s key customers, to identify critical requirements, extend knowledge of the geospace plasma environment, and bring essential personnel into projects under his guidance to better meet AFRL needs.

Coming from a background in experimental and computational plasma physics, Rick worked for three years at the Max Planck Institute in Garching, Germany, eventually leading the early development phase of a multi-national ISS micro-gravity experiment.

During his scientific career, he’s prepared and presented over 60 talks, posters, and refereed journal articles and led, written, or co-written numerous successful proposals.

He’s volunteered time and leadership, including a term as president, to a nonprofit rugby club that does community outreach events. He’s been a member of the American Geophysical Union and the American Meteorological Society.

As controller and senior vice president, Jenny Zhu leads the Finance and Contracts division at AER. She works closely with senior management and the Finance and Contracts team to ensure that AER’s financial accounting and reporting comply with the rules and regulations in the Code of Federal Regulations (CFR), AER’s filed Cost Accounting Standards Board Disclosure Statement, the Generally Accepted Accounting Principles, and other established policies and procedures.

Jenny is responsible for AER’s government contract accounting compliance and accounting operations. Knowing and complying with federal civilian and Department of Defense contracting procedures is the fundamental requirement of doing business with the federal government.