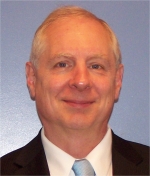 Dr. Morris was awarded with the Outstanding Civilian Career Service Award (OCCSA) for his accomplishments in plasma chemistry of the ionosphere, atmospheric reentry, and combustion chemistry, along with his leadership contributions to AFRL branches and divisions.

Deputy Director of Space Vehicles at AFRL, Sue Atwood, surprised Dr. Morris with the Award which is presented upon retirement in recognition of Air Force civilian employees who provided leadership, competence and noteworthy accomplishments that had a significant impact on the Air Force mission. The OCCSA designation is similar to the military Legion of Merit. Read more about Dr. Robert Morris and space weather at AER.