Hurricane Ian hit Florida on September 28, 2022 as a Category 4 hurricane. Ian’s eye made landfall first on Cayo Costa island around 3:00 pm EDT [1] and on the Florida mainland south of Punta Gordo near Pirate Harbor around 4:30 pm EDT [2]. The National Weather Service’s National Hurricane Center 5:00 pm EDT advisory [3] reported “catastrophic storm surge, winds, and flooding,” maximum sustained winds of 140 MPH, and storm surge up to 18 feet above ground level near the coast. The storm made a historic impact along the coast from south of Marco Island to North of Port Charlotte, leaving areas like Fort Myers Beach devastated [4].

Ian’s path crossed the Florida Peninsula to the south of Orlando and into the Atlantic near Cape Canaveral. Inland areas weren’t spared. As of September 30, the Federal Emergency Management Agency (FEMA) was reporting 18 Florida rivers at major flood stage and 16 more at minor or moderate flood stage [5]. Many Florida rivers reached record levels between September 28 and 30, and excess flooding in slow-draining areas continued for weeks.

A GIS-compatible package of the complete FloodScan product suite covering Ian’s impact on Florida is available for purchase through the AER store.

Image 1: FloodScan’s view of flooding on September 29, one day after Ian’s landfall. 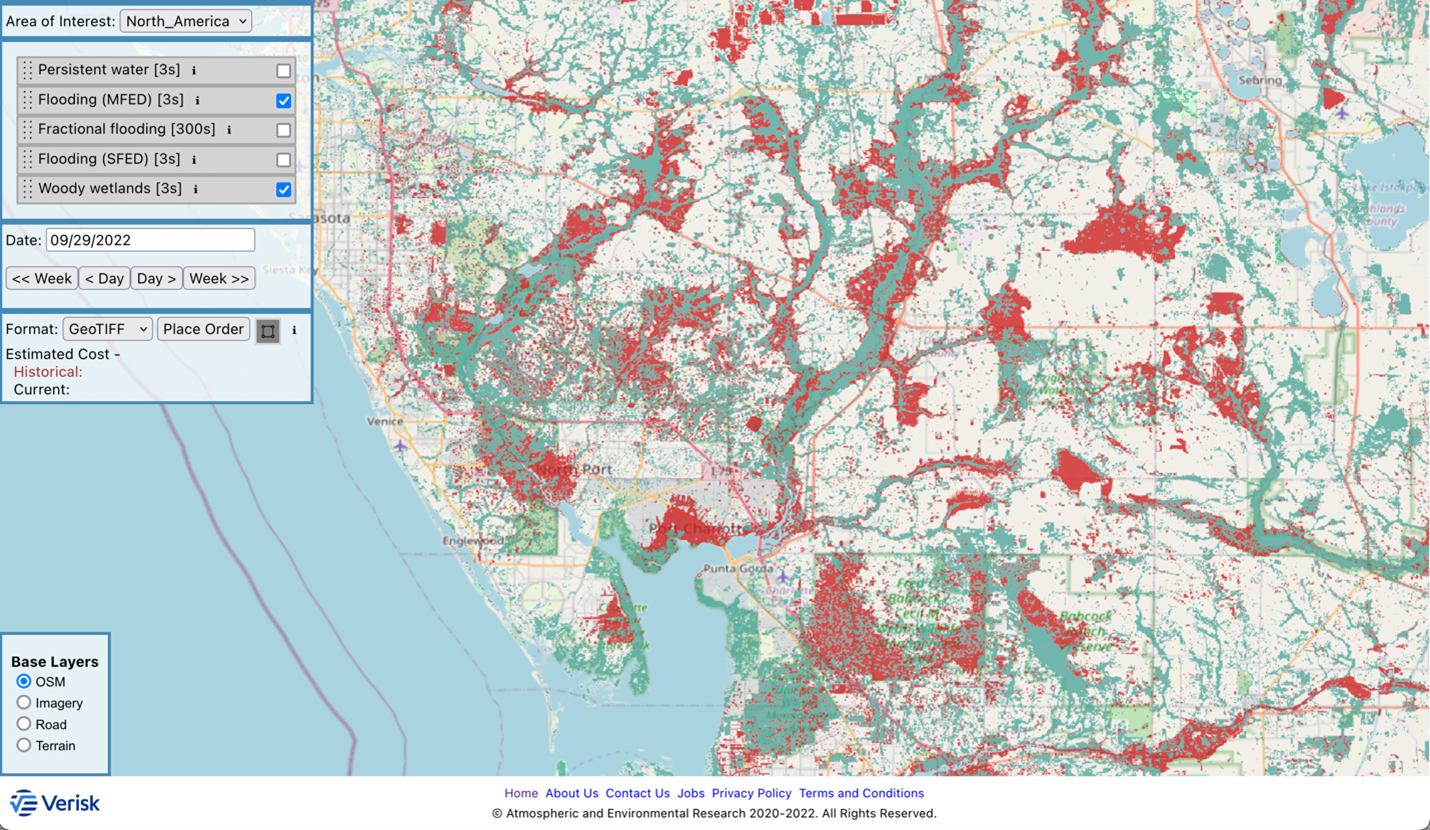 Image 2: Composite flood map using FloodScan data from September 29 to October 17. The green line is the track of Hurricane Ian. 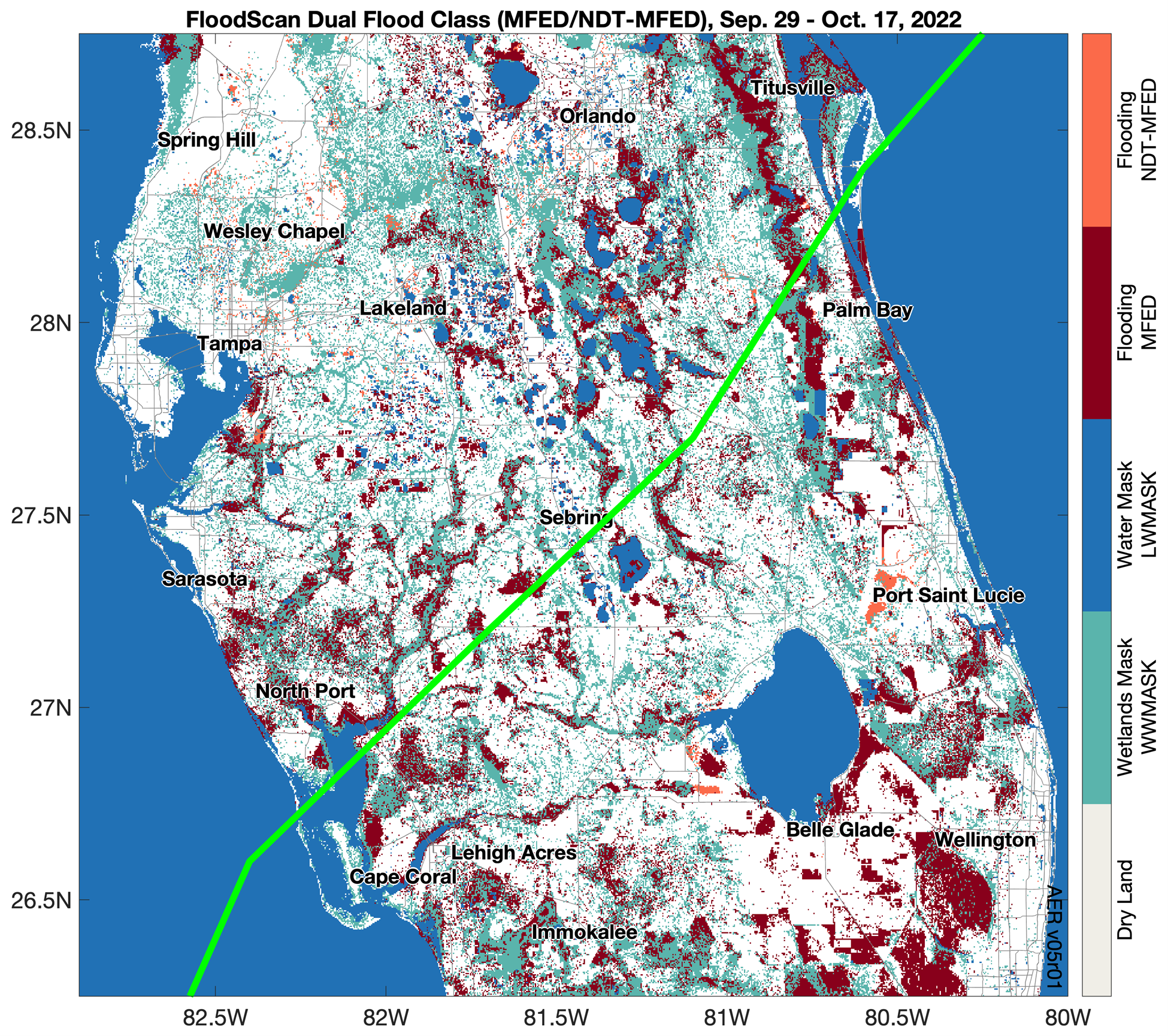 Image 3: Maximum FloodScan flood depth map from September 29 to October 17. The green line is the track of Hurricane Ian. 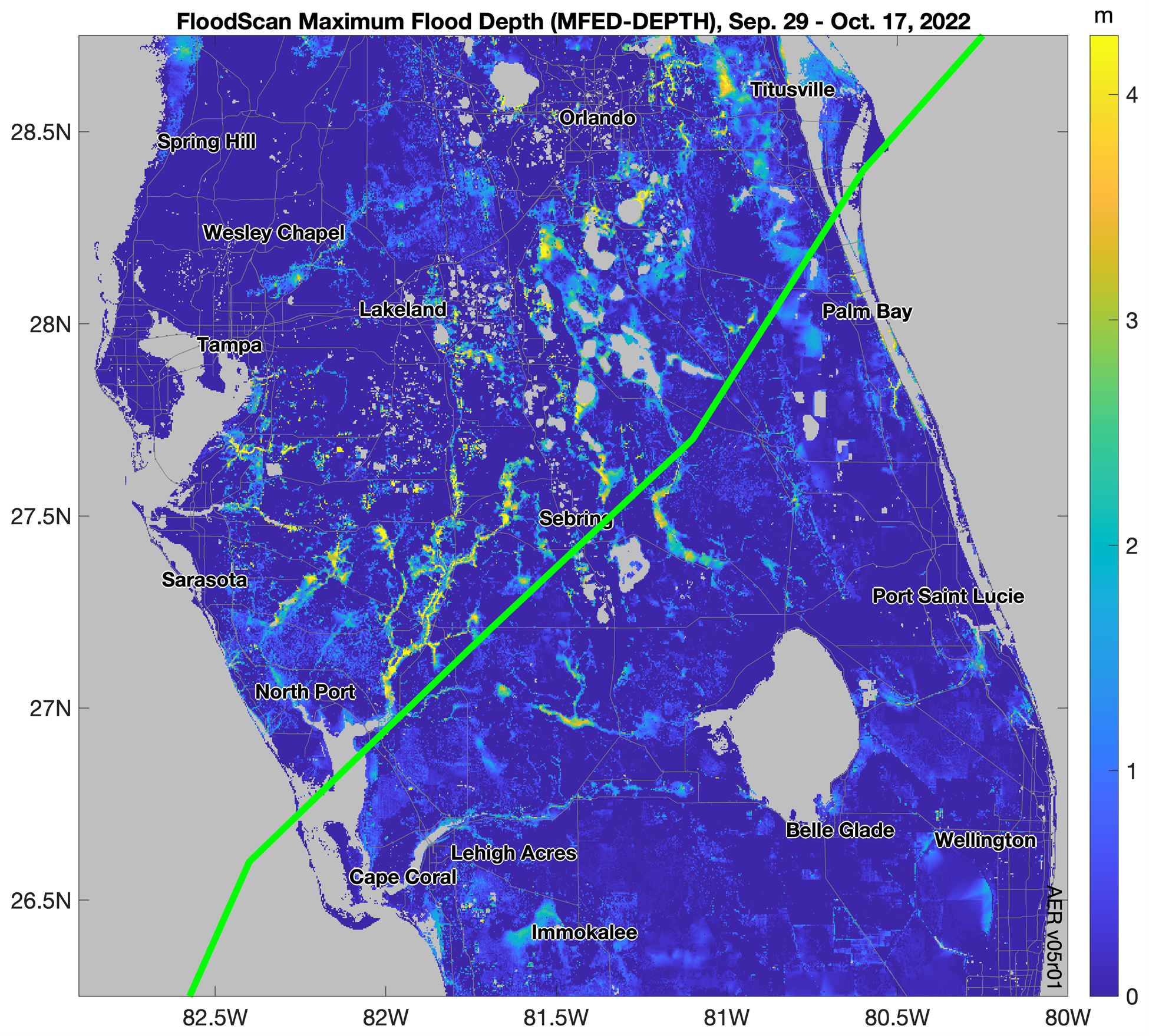